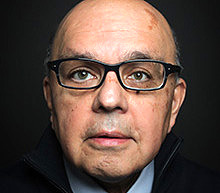 Nelson Rivera has combined his work in the fields of cultural journalism and strategic communication consulting. For more than three decades, he has acted as a consultant to more than 150 companies in the areas of image, reputation and crisis management, mainly in Venezuela, but also in countries such as Colombia, Panama, the Dominican Republic and Bolivia. He is a founding member of the Editorial Board of El Nacional Newspaper (1993), in Venezuela. In addition, since 1995 he has been director of Papel Literario, the oldest cultural publication in Latin America, which has been circulating since 1943 as part of the aforementioned Diario El Nacional. He is the author several essays, El cíclope totalitario (Random House Mondadori, 2009) and editor of two volumes of the series Pensar la transición (Universidad Católica Andrés Bello, 2017 and 2018). Since 2005 he has maintained a weekly column specializing in books on thought, history, sociology and social psychology.