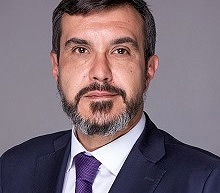 Jose Luis currently works as an analyst for several media outlets. In the private sector, he worked for companies such as La Caixa and Arthur Andersen, Asesores Legales y Tributarios, among others, before moving on to the political area. He has served as a deputy in several legislatures between 2001 and 2018, a position which has been combined with other responsibilities in both the Popular Party (PP) and Spanish government.

In the PP, Jose Luis has served as the Secretary of Communication and Secretary General of the Popular Parliamentary Group. During Mariano Rajoy’s administration, he was the first Secretary of State for Court Relations and, later on, Director of the Cabinet for the Presidency. Jose Luis holds a degree in Law from the University of Barcelona.