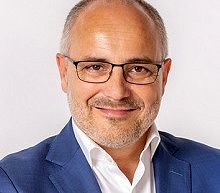 Joan Navarro holds a degree in Sociology from the UNED. He is partner and Vice-President of the Public Affairs Area at LLYC. He has completed the General Management Program (Programa de Dirección General, PDG) by IESE-University of Navarra and he is considered an expert in political communication and public affairs. From 2004 to 2007, he was Director of the Cabinet of the Minister of Public Administration, and, in 2010, the Spain-based newspaper El País included him in its list of the 100 most influential people. He is a founding member of the forum +Democracia, which is a platform that promotes institutional change for a better working democracy. He teaches at several universities, he is a member of the Spanish chapter of Strategic and Competitive Intelligence Professionals (SCIP) and he collaborates with El País.