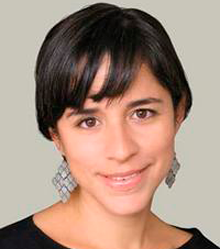 A public policy, public management and anti-corruption expert and consultant, she holds a Master of Laws degree from the University of London (Chevening Scholarship) and a Master of Public Policy from the University of California Berkeley’s Goldman School of Public Policy (Fulbright Scholar); She is a public policy and public management lecturer at PUCP and, until December 2017, was the chief of staff for Peru’s Ministry of Culture. She has held several public positions, such as executive Director of the Lugar de la Memoria, la Tolerancia y la Inclusión Social; policy reform coordinator for the Presidency of the Council of Ministers of Peru; Deputy ombudsman of public administration for the peruvian Ombudsman´s office and special legal attaché for the Embassy of Peru in Japan for the extradition case of former President Fujimori.