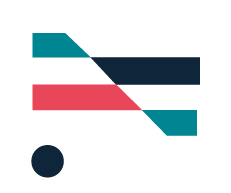 Member of the National History Academy of Argentina, he has been selected as one of the “50 most influential Ibero-American intellectuals” according to Esglobal. He has been Senior Associate Member (SAM) at Saint Antony’s College, University of Oxford (1992/93), and Visiting Researcher at the University of Los Andes (Cátedra Corona, 2003) and the Torcuato Di Tella University. Between 1996 and 2002, he was Deputy Director of the Ortega y Gasset University Institute and Director of its Latin America Program. From 2000 to 2002, he was Director of the Security and Defense in Latin America Observatory at the same institute and Deputy Director of the New Majority Latin American Electoral Observatory. He is a Member of the Advisory Council of the Culture Institute of the MAPFRE Foundation and currently combines his work as historian with that of political analyst and international relations in Latin America.