Digital Thinking on Boards of Directors

Large companies will face insurmountable difficulties in transforming themselves if they do not have someone who can drive the digital acceleration process from where all the biggest decisions are made: The board of directors. Many boards lack the necessary background or knowledge to tackle this challenge. The main obstacle is not the age of board members, as is the usual assumption, but rather their level of expertise in technology and in the ways of thinking and doing that are being implemented by their disruptive competitors.

Many are already stating that the great accelerator behind the digital transformation of our lives and institutions has been COVID-19. In transcripts of recent investor presentations from Spanish companies operating in the open market, one common mantra is repeated time and time again: “We have suffered the consequences of the pandemic across all levels. Our teams have learned to work remotely, and technology has allowed us to operate resiliently in all aspects of the business. Over these months, our business’ digital transformation has advanced at unprecedented speed.”

It is true we are witnessing a paradigm shift, the depth of which we will need time to measure. People’s communication, consumption, and mobility habits, as well as essential details of daily life in organizational structures, are changing – perhaps forever. However, though we are witnessing this transformation with our own eyes and have seen how organizational responses to the pandemic’s challenges have been positive, it is dangerous to fool oneself into thinking that this digital transformation is a done deal. Perhaps there has never been a better time to question our companies’ levels of preparedness when it comes to adapting to and leading these changes.

An initial list of uncomfortable questions for anyone leading an organization in these modern times could be:

These questions are already floating around within informal circles at companies, with varying degrees of impact. However, in more formal circles, it is highly likely that few people have dared to speak fearlessly about the elephant in the room.

Who is in the position to ask those questions, get to the bottom of the answers, and make significant decisions at large organizations?

“Though we are witnessing this transformation with our own eyes and have seen how organizational responses to the pandemic’s challenges have been positive, it is dangerous to fool oneself into thinking that this digital transformation is a done deal”

BOARDS, THE DIRECT MANAGERS OF CHANGE

By examining the experiences of industries that have survived various disruption cycles (the media, entertainment, financial services, telecommunications, and others), we can recognize three omnipresent laws of transformation:

This phenomenon has been scientifically studied by authors such as Clayton Christensen (The Innovator’s Dilemma); Peter Sufton (The Knowing-Doing Gap); and Heifetz, Grashow & Linsky (The Practice of Adaptive Leadership). Two illustrative examples can be found in works by the thinkers Paul Saffo (Stanford) and John Hagel (Deloitte Digital), both of whom write from a perspective that combines research and consulting.

To briefly summarize what these authors say and what our own professional experience tells us, organizations – regardless of the sector in question – go through something very similar to the five stages of grief:

What makes it so unusual for large companies with a history, strong brands, and a sound market position to lack the necessary flexibility to tackle change? The answer to this question has led to its own discourse, but everyone can think of reasons stemming from common sense and experience:

“One key aspect all these organizations have in common is the composition of their boards of directors and the level of involvement from certain board members in the sector’s future outlook, the impact of technology, and the business innovation process”

Is it therefore inevitable that a traditional company will succumb to change?

In the majority of cases, what eventually happens is that traditional companies finally merge with new ones, transferring their assets to new investors or continuing to operate for a few decades without their past vigor.

However, there are some exciting examples of large companies that have successfully adapted across several cycles of disruptive change. In some cases, they were on the verge of disappearing before an audacious leader, new vision, and board of directors with the right ingredients reached an agreement to turn the status quo around.

One key aspect all these organizations have in common is the composition of their boards of directors and the level of involvement from certain board members in the sector’s future outlook, the impact of technology, and the business innovation process.

Home improvement chain Lowe’s and the technology company Apple represent two examples of this in action.

Lowe’s was facing the threat of online operators, such as Amazon. This led to a strategic turn-around promoted by the board of directors that has resulted in a five-fold share price increase since 2016. The history of Apple, which was on the verge of bankruptcy in 1997, is even more famous.

In both cases, the board made transformative decisions for the organization that could only be implemented and followed up on by the authority of the company’s highest governing body.

In both cases, before implementing this turn-around, they decided to incorporate digital board members who had in-depth knowledge of the technological changes affecting sector development and consumption.

The current reality facing many listed companies around the world is that their boards lack the digital expertise necessary to measure the information they receive from their senior management team regarding the degree of success in their digitalization process. For that reason, they lack sufficient information to question the level of ambition in the initiatives deployed or properly understand the threats posed by emerging changes.

Is it a question of age? Is it possible that the digital gap created by the year someone was born can be responsible for these shortfalls in the boardroom?

One way to test this hypothesis is to take a look at the boards of directors in U.S. Big Tech companies. We have done exactly that, and the results are incredibly revealing.

What differentiates the boards of directors at these large tech companies from other traditional companies is not age; it is their members’ level of technological and digital expertise. As you can see in the table below, a large majority of board members serving at these companies have experience in managing tech companies, are experts in a specific field of computing, or represent risk capital firms with extensive experience in financing tech startups. 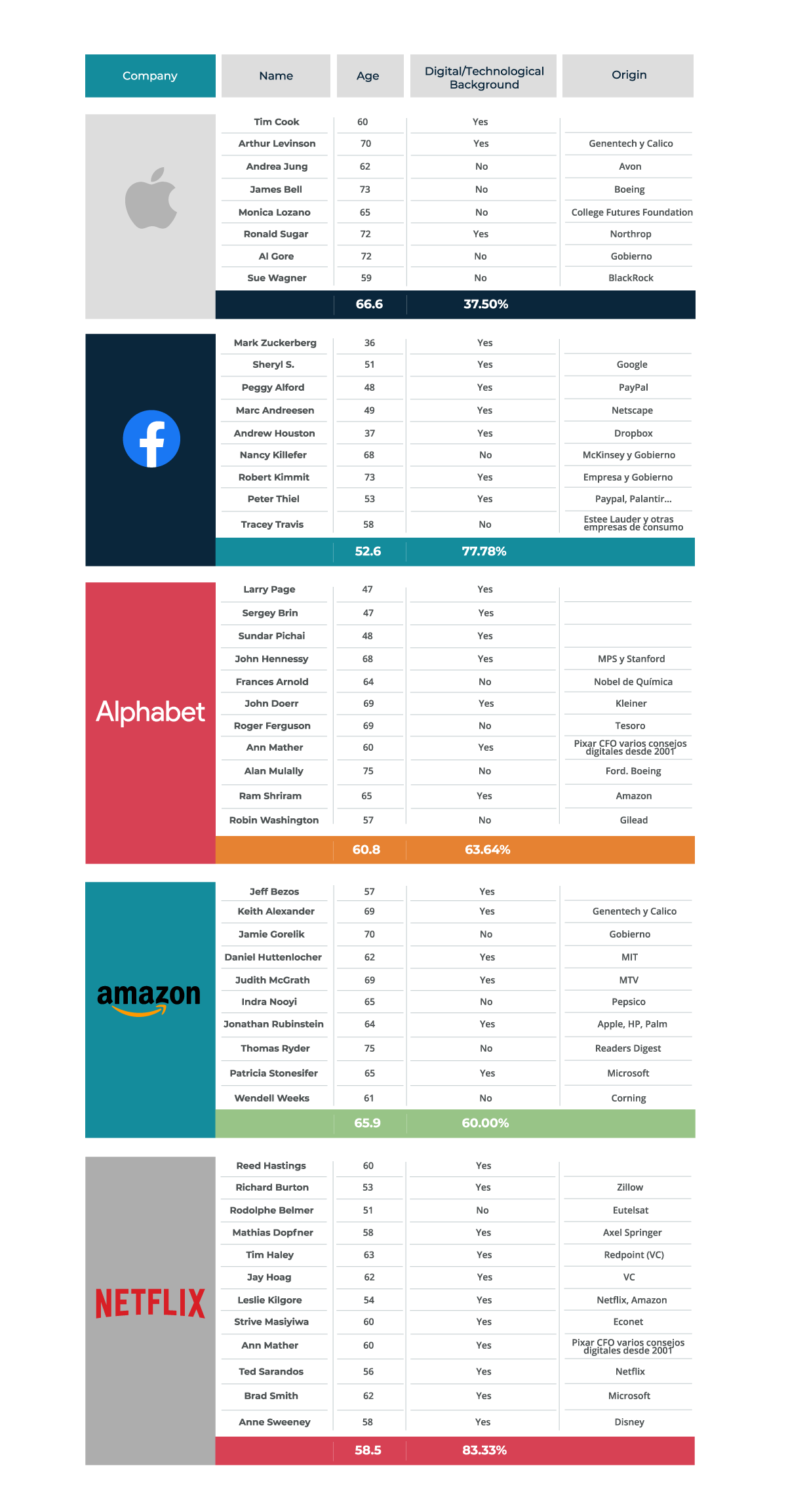 INCORPORATING DIGITAL TRANSFORMATION INTO THE BOARD OF DIRECTORS

Before making specific decisions in this regard, companies must first consider which aspects of the transformation process require the most attention from the board.

One key issue is that the board should adopt a realistic position regarding the company’s future, opportunities, and threats. In this regard, outside voices will be important, specifically those of knowledgeable, independent experts who can convey this input in a language the board can understand. These people can independently measure the company’s competitive stance in the new context and assess the real value of the commitments being made.

Using this information, the board should be able to define basic parameters with which to measure the company’s situation during its transformation process, providing them with direct knowledge of the main milestones management is proposing. This will lend rigor and a sense of urgency to the changes.

Finally, certain technological issues are gaining increased value for companies (in terms of risks), and these should also be considered in the boardroom. Data protection, cybersecurity, and regulatory frameworks governing digital business should all be included in this consideration.

When deciding how to incorporate a digital mindset into the board of directors, at least three elements should be considered:

The role of “Digital Director” has emerged in recent years. These professionals, who have extensive experience in disruptive businesses and sectors, know the lay of the land regarding the many changes and opportunities stemming from the technologies that will grow exponentially over the coming decades. They have their own way of thinking about their companies (the digital mindset), which consists of five basic components:

Aside from incorporating board members with digital expertise, another way of adding value to boardroom innovation is to create a specific committee dedicated to transforming the business. Ideally, this body would define the parameters used to measure the process and be responsible for measuring the degree of project implementation and proposing necessary changes.

Based on the authority given to them by their shareholders, boards of directors have historically held certain basic responsibilities, such as appointing the CEO and approving company mergers and acquisitions, treasury stock levels, or remunerations policies.

Thought must be given to how business digitalization is shaped or, in a broader sense, what impact exponential technologies will have on the future of the product, sector, and company.

Because only the board of directors can clearly and decisively advance toward the future and prevent an ever-transforming world from replacing the valuable legacy handed down from their predecessors. 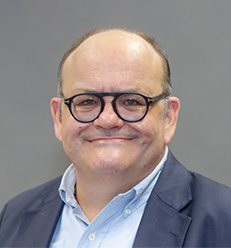 Gustavo Entrala
Senior Advisor at LLYC
He has more than 25 years’ experience in digital projects in such companies as the Recoletos Group and the 101 Agency, which he founded and was the CEO of until 2016. He has been a consultant at a large number of companies and public institutions, as well as at such global NGOs as Médicos Sin Fronteras, and promoted digitalization at the Holy See. The European Commission selected him as one of the 100 Digital Innovators for his initiative #RestartEurope. In recent years, he has carried out consultancy projects for large brands and institutions, and given advice as a counselor to various start-ups in Spain and Latin America.
[email protected] 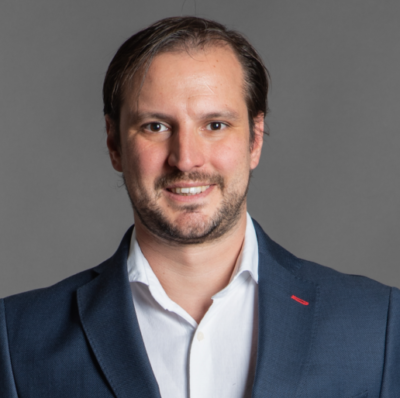 Alejandro Domínguez
Senior Director of the Digital area of LLYC.
Senior Director of Digital Business in Europe. Alejandro has more than 15 years of experience in strategic and digital communications. He has designed communication and online marketing strategies for more than 50 brands in sectors such as technology, food, health, sports, and transportation, among others. At LLYC, he leads the Digital area's team and clients in Europe. Before joining the firm, Alejandro developed his professional career at agencies such as Weber Shandwick, GREY Group, and APPLE TREE. He holds a degree in Journalism from IE University and a master's in Political and Corporate Communications from the University of Navarra and George Washington University. He teaches Digital Communications and Marketing at Loyola University, the University of Navarra, and Instituto Europeo di Design.
[email protected]
Do you want to know more about it?
Articles
Areas
Professionals