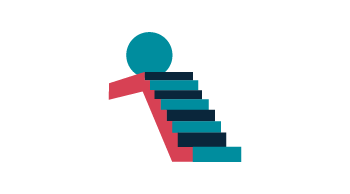 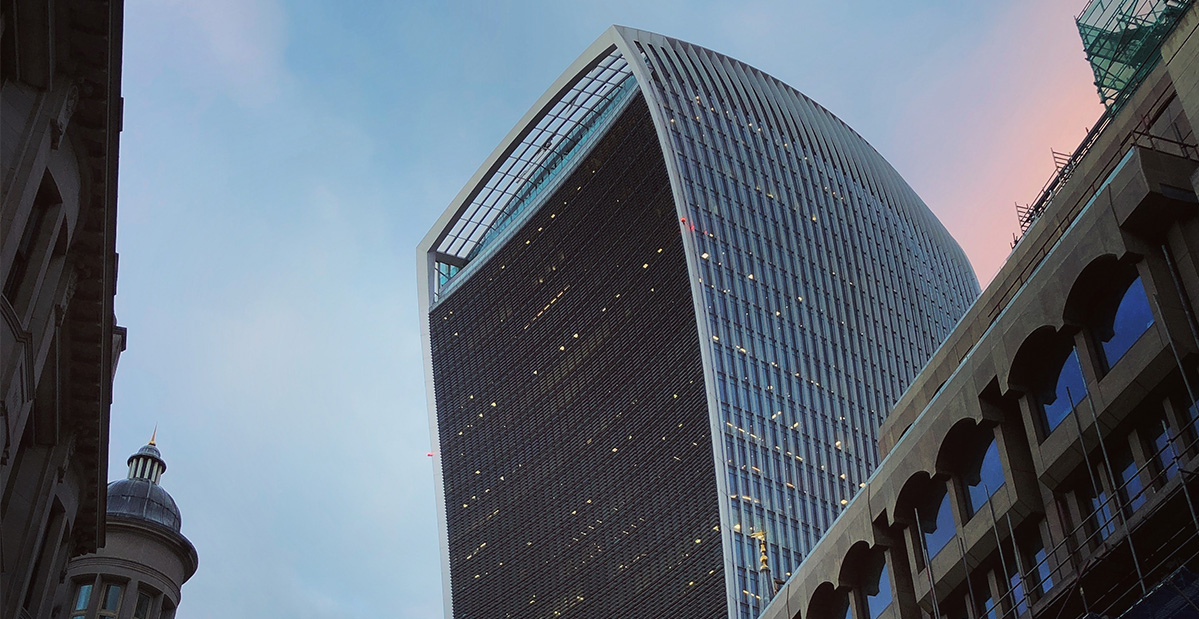 Dominic Barton, former CEO of McKinsey, tells us the anecdote about a president of an engineering firm who spent 60 percent of his time debating leadership questions and talking with young professionals. I asked him, “And meanwhile, who runs the company?” The president answered, “Idiot, that’s what running a company is about.”

Historically, CEOs have been figures with low levels of public exposure. Most sought to project neutrality and maintain a managerial profile. Their relationship needs were managed discreetly through the more formal activities of institutional relations.

Over the last five years, however, large corporate leaders have begun taking a much larger role in addressing political and social affairs. Given this new CEO expectation, we could ask a simple question: What does running a company look like in today’s world?

1. The appearance of the activist CEO

Activist CEOs are the large corporate leaders who get involved in political, social, and cultural affairs not directly related to their business. The concept was coined in 2017 at Harvard University in a famous case based on Apple CEO Tim Cook’s public rejection of Indiana’s approval of the Religious Freedom Act. Cook’s message, sent via his Twitter account in 2015, served as an example, generating widespread support for diversity among business owners. Ultimately, it forced the law’s most controversial aspects to be reappraised.

Since then, media cases regarding activist CEOs have predominantly come from the United States. Many have been focused criticisms from the business sector of President Trump’s policies.

In terms of the environmental, one leading example was “mystified” North American business owners’ response to Trump’s 2017 decision to abandon the Paris Agreement on Global Warming. Many of these CEOs said they would take the fight against climate change into their own hands and do everything possible to reduce emissions. In the words of Michael Bloomberg, the eighth-richest man in the world according to Forbes, April 2017 was seen as the start of Trump’s failed race to a second term in the White House; Bloomberg himself announced a $15 million contribution to support the UN’s efforts in its fight against global warming.

In addition to his intentions, Bloomberg’s activist attitude took hold among North American business leaders. In June 2017, many CEOs signed an open letter to President Trump warning him of the importance of the fight against climate change and the disastrous consequences of his decision. More recently, at the latest Climate Conference, held in Madrid in December 2019, leading North American CEOs stated their disagreement with the Trump administration’s decision to leave the Paris Agreement. This reaction was an important part of the We are still in movement, made up of 25 U.S. states, 534 cities, and more than 2,000 companies and investor groups, as well as other educational and cultural institutions. Altogether, they account for 68 percent of U.S. GDP, 65 percent of the U.S. population, and 51 percent of all emissions in that country.

In the field of human rights, another well-known case of activism was Starbucks CEO Howard Schultz’s decision to hire 10,000 refugees from around the world in response to the Trump administration’s migratory policy. Schultz’s message aroused strong controversy. On the one hand, he managed to attract support from other large corporations – Google announced a $4 million contribution to humanitarian organizations, and the CEOs of Apple, Microsoft, Netflix, Uber, Airbnb, and Facebook also declared their rejection of the government’s migratory measure. However, his decision was strongly rejected by many consumers, leading to a boycott of the Starbucks brand over the understanding that the CEO was limiting the chain’s ability to hire locally.

Another typical field of activism is health. Recently, some business leaders had a noteworthy reaction to Trump’s decision to withdraw State support for the World Health Organization (WHO), alleging its negligence in controlling the COVID-19 pandemic. The most significant reaction came from Bill Gates, who announced a $250 million contribution to the WHO to fight COVID-19 in April. Gates’ initiative paved the way for the recent creation of the pro-WHO Foundation to support crucial global health needs. The Foundation, which is a separate legal entity from the WHO, will facilitate contributions from the general public, bringing individual donors and companies to the WHO and helping reliable associates implement highly impactful programs.

With its headquarters in Geneva, the Foundation will provide support for needs regarding global public health by contributing funds to the WHO and its reliable associates in their application, with the aim of achieving the “three billion” targets of the WHO. With these targets in mind, contained in the WHO’s five-year Strategic Plan, the goals are to protect one billion people from health emergencies, extend universal health coverage to 1 billion people, and guarantee healthy lives and wellbeing for 1 billion people from now to 2023.

“Activist CEOs are the large corporate leaders who get involved in political, social, and cultural affairs not directly related to their business”

2. The rise of activism

There are many manifestations that show that CEO activism is becoming a new leadership paradigm. Initiatives such as BlackRock CEO Larry Fink’s, promoting the need to formalize a sense of purpose, over and above economic results, as one of the business strategy’s pillars; leading North American CEOs’ (Business Roundtable) commitment to a long-term perspective and redistributing value among all stakeholders; more than 500 European CEOs’ commitment to integrate the United Nations Sustainable Development Goals into their businesses; and the Stakeholder Capitalism proposal promoted by the World Economic Forum are some examples of this.

Current CEO activism is not so much based on expressing individual convictions on Twitter (as in the cases of Tim Cook and Marcos de Quinto in Spain), but instead on a combination of the pressure exercised by social expectations regarding the responsibility these large corporate leaders have for helping resolve public problems and the population’s profound skepticism of government actions.

According to the Pew Research Center, barely 19 percent of Americans trust the government, but 65 percent believe “the economic system unfairly favors powerful interests.” The government’s poor reputation is the “factor of opportunity” driving the emergence of activist CEOs, but the perception of unfair capitalism is the “factor of need” pushing executives to fill this public space. This new CEO activism is a combination of opportunity (poor government reputation) and of need (growing unease with capitalism). In short, the combination of these two factors is boosting the new role of activist CEOs in large corporations, beyond any personal convictions they may individually have. 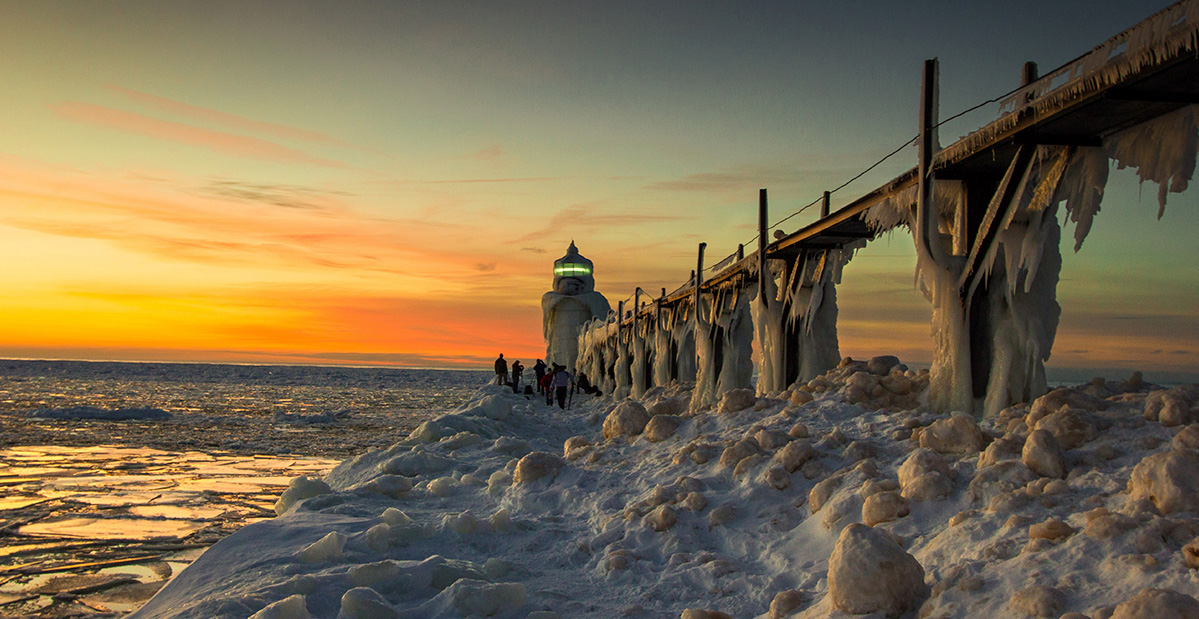 3. Activists are not only American

This new leadership paradigm is growing in popularity all around the world, not only in the United States. In Spain, for example, the leadership of many CEOs at the latest Climate Conference held in Madrid (COP25) did not go unnoticed. The response to the climate emergency in business circles was particularly noteworthy, with 1,500 companies participating in the activities developed in the COP25’s “green zone.” In fact, this business initiative came before political agreements from many sectors, including finance, energy, infrastructure, logistics and transport, agri-food, and healthcare. The Spanish Ibex 35 companies that stated decarbonization targets at the Conference include Iberdrola, Endesa, Telefónica, Repsol, Acciona, ArcelorMittal, Santander, BBVA, and IAG.

The financial sector’s commitments were particularly important. Many entities committed large sums to finance the fight against climate change, including Barclays (175 billion euros), Santander (120 billion euros), and BBVA (100 billion euros), among others. Some 20 entities operating in the Spanish financial sector signed the “Better Finance, Better World” agreement, presented at the COP25, to align their activities with the Paris Agreement’s targets. In this new agreement, banks, led by their CEOs, pledged to reduce their credit portfolios’ carbon footprints in accordance with internationally recognized criteria and to channel savings and financial resources towards sustainable investments.

A more recent example is the Summit of Business Leaders, convened by employers’ organization CEOE in June with the aim of boosting the economic recovery after overcoming the first wave of COVID-19. The live Summit was held by videoconference. Everyone could follow the Spanish CEOs’ leadership messages in response to the pandemic. The opening message, delivered by the CEOE president, was unequivocal: “As business leaders, it is more worthwhile now than ever that we make our actions as business owners more visible. It is a source of pride to be a business leader, and thus contribute to the development of our country and to the wellbeing of our citizens.”

4. Consensus on the Sustainable Development Goals

The main issues activist CEOs have focused on in recent years revolve around equality and inclusivity, the fight against climate change, human rights, and, more recently, health and wellbeing. These issues not only correspond to the main global challenges, but are also part of the document this new leadership paradigm is based upon: The United Nations 2030 Agenda. This reflects the political, social, and business consensus we have achieved on the long-term global challenges we face.

In fact, if we can talk about a leadership paradigm regarding CEO activism, it is because a global agenda with a broad consensus exists. The 2030 Agenda is marked by the 17 Sustainable Development Goals (SDGs), focused on supporting the Paris Agreement and the United Nations Guiding Principles on Business and Human Rights. This consensus is so broad that the SDGs have not only become a widely accepted framework, but have also triggered a race to achieve them.

As previously mentioned, in less than a year, more than 600 European business leaders have publicly committed to implementing a sustainable business model with a long-term perspective. This call to action includes the following components, among others:

“The main issues activist CEOs have focused on in recent years revolve around equality and inclusivity, the fight against climate change, human rights, and, more recently, health and wellbeing” 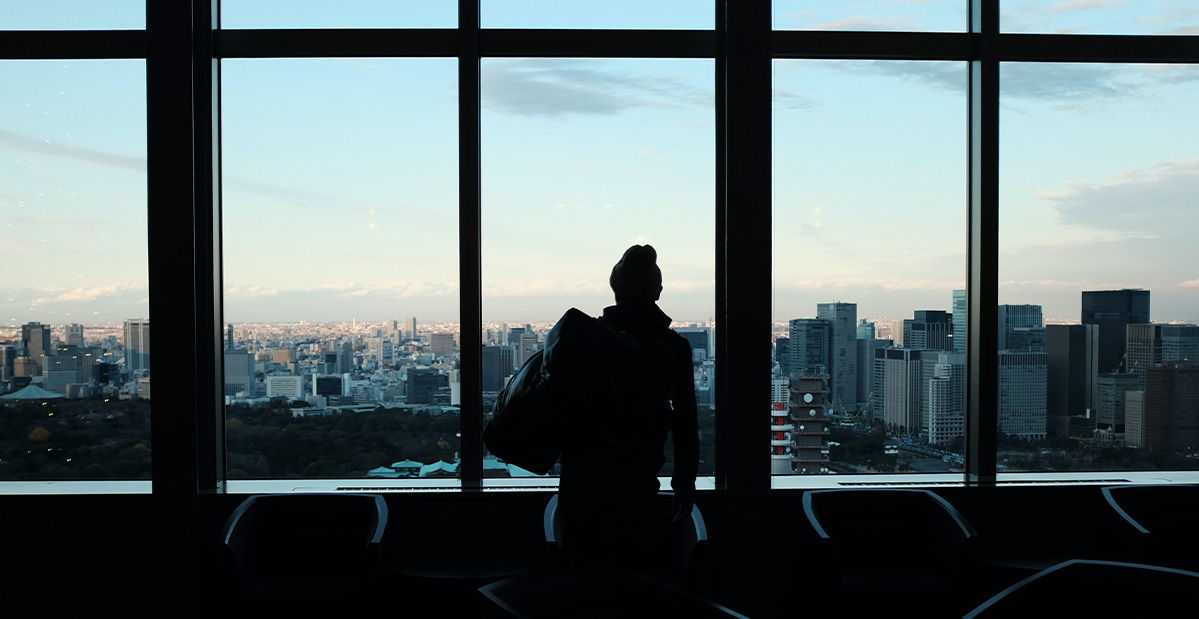 As we have seen, business leaders are responding to the social demand for greater corporate responsibility in political and social affairs that did not traditionally touch the business world. This leadership, which also responds to widespread disenchantment with government, is being solidified through widely supported manifestos and commitments. These, in turn, are further increasing social expectations regarding the role large corporations should play. Accordingly, we feel that activist CEOs will face several near-term challenges related to consolidating the public discourse they are advocating while making it more consistent. The greater the public exposure, the greater the coherence needed. We have pinpointed five key challenges in this regard:

Growing CEO activism around the world shows that we are facing a new leadership paradigm that goes beyond mere personal convictions. Society calls for large corporations to take responsibility for global challenges. The time for talk is over; now is the time to act. 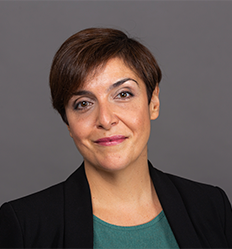 Almudena Alonso
Senior Director Stakeholders Management
Almudena Alonso holds a Bachelor’s Degree in Advertising and Public relations from the Complutense University of Madrid, a Master’s Degree in Marketing and Commercial Management from ESIC, a Master’s Degree in Digital Marketing from EAE and has studied the ESADE ‘Promociona’ Program.Specialized in the management of intangibles, she has more than 20 years’ experience in reputation, culture and social responsibility strategies. Almudena has developed her extensive professional career in such communication agencies as Edelman and Villafañe & Asociados. She spent a decade as the Managing Director of Cohn & Wolfe in Spain. Following its merger with Burson, she worked as the Innovation and Corporate Development Manager of BCW until she joined LLYC.
[email protected] 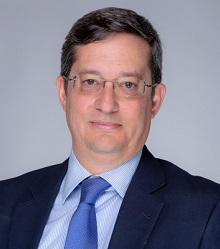 Juan Cardona
Senior Director of Leadership at LLYC
Cardona has 20 years of professional experience in corporate communications, reputation and social responsibility and has worked as a communication-strategy consultant for many listed international companies. He has also worked as director of operations at Corporate Excellence and director of corporate responsibility and reputation at Ferrovial.
[email protected]
Do you want to know more about it?
Articles
Areas
Professionals