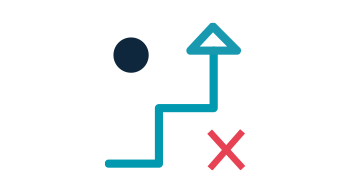 With skill that surprised both his allies and adversaries in equal measure, Guaido appeared in Bogota on Sunday, Jan. 19 of this year. No one knows when or how he crossed the dangerous Venezuela-Colombia border, patrolled not only by military units controlled by Nicolas Maduro, but also paramilitaries, members of the National Liberation Army (ELN) and groups dedicated to kidnapping and smuggling fuel. This led to an unexpected tour which, after his stay in Bogota, took him to various European countries. It was seen as a success in the eyes of many analysts.

From following Guaido’s public activity over the last year, it is possible to infer at least five strategic pillars that have guided his day-to-day activities.

Maduro and the Parliament

The Venezuelan democratic opposition won the parliamentary elections in December 2015. From then on, Maduro has made it a goals to weaken the National Assembly. He has attempted this in various ways.

Despite its supporters’ expectations, Parliament’s supposed “new executive” has not succeeded in gaining recognition, neither in the country nor internationally.

From December 2015 on, but more intensely since Guaido assumed the presidency of the National Assembly on Jan. 5, 2019, the Venezuelan Parliament has taken centerstage in the fight between Venezuelan democrats and Maduro’s regime.

In his thirst to put a stop to or take control of parliament, Maduro has lost the support and silent neutrality of many political parties and international institutions, who in some way had favored him. His excesses forced many to express their rejection and recognize the legitimacy of the National Assembly and of Juan Guaido as its legitimate president.

As for the question of how it is possible Guaido has been re-elected by his peers after such a tough year, one has to remember that before he was elected president of the Assembly, Guaido led the parliamentary fraction of Voluntad Popular (Popular Will) in 2017, which he recently resigned from to take up broader political representation, and the parliamentary opposition fraction in 2018. In both positions, Guaido always worked toward reconciliation, understanding and agreement. Among deputies, he is recognized for his gift with people, his capacity for listening and his work to find fair solutions acceptable to different political organizations.

All these characteristics (adherence to legality, dedication to reconciliation, direct contact with citizens, coordination of international support and total fulfillment of his responsibilities), in addition to his attributes of being willing and open with the people he speaks to, have made it possible for Guaido to retain his leadership in the face of Maduro’s power. After a tough first year as president of the National Assembly, he succeeded in being reelected.

Guaido’s recent international tour could be interpreted as a turning point, marking the end of an era and the start of the next one. Most Venezuelans (over 85 percent, according to various opinion polls) are involved in an intense undertaking to improve living conditions and restore the validity of the Bolivarian Republic of Venezuela’s Constitution. 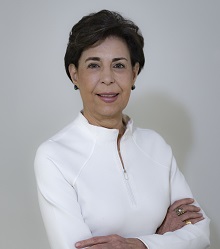 Antonieta Mendoza de López
Vice President of Advocacy LatAm
She has more than twenty-five years of experience in Communication and Corporate Affairs for some of the largest companies in Latin America, such as PDVSA and Organización Cisneros. In the last six years, Antonieta has carried out intense work in the defense of the human rights of political prisoners in Venezuela. She is also founder of the Venezuelan chapter of the International Women’s Forum, and a member of the Board of Directors of the Eugenio Mendoza Foundation. She is also a member of the Venamcham Media Committee, the Venezuelan American Chamber of Commerce and Industry.
[email protected] 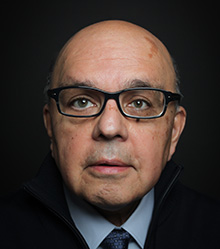 Nelson Rivera
Cultural journalist and strategic communications consultant
Nelson Rivera has combined his work in the fields of cultural journalism and strategic communication consulting. For more than three decades, he has acted as a consultant to more than 150 companies in the areas of image, reputation and crisis management, mainly in Venezuela, but also in countries such as Colombia, Panama, the Dominican Republic and Bolivia. He is a founding member of the Editorial Board of El Nacional Newspaper (1993), in Venezuela. In addition, since 1995 he has been director of Papel Literario, the oldest cultural publication in Latin America, which has been circulating since 1943 as part of the aforementioned Diario El Nacional. He is the author several essays, El cíclope totalitario (Random House Mondadori, 2009) and editor of two volumes of the series Pensar la transición (Universidad Católica Andrés Bello, 2017 and 2018). Since 2005 he has maintained a weekly column specializing in books on thought, history, sociology and social psychology.
[email protected]
Download here
Article
Do you want to know more about it?
Articles
Areas
Professionals