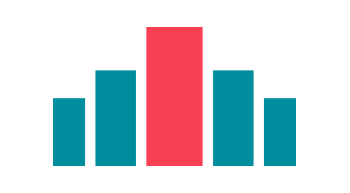 In the very recent past, the adjective “digital” was enough to imbue any noun with a sense of progress and innovation. But as time passed, a combination of abuse of the term, public acclimation to the concept and general societal disappointment gave rise to a replacement idea that occupies a similar place in today’s social consciousness: “Post-digital.”

One can already hear tell of the shift to a “post-digital” era, in which the adoption of digital tools and methods is not, in itself, a competitive advantage, as Paul Daugherty, Technology and Innovation Director at Accenture, explains.

In today’s environment, “digital does not mean revolutionary, but is rather an everyday and familiar concept,” because “real life occurs across screens, media and analog environments, all at once.” Today, “we see more critical relationships with devices and platforms,” because “we are no longer (as) tolerant of the antiquated idea that technological innovations bring solely good things”, according to the researcher Elisabet Roselló.

The term “post-digital” does not refer to going beyond the digital realm, but rather overcoming its most essential challenges to established mental frameworks.

After more than a decade of constant exposure to social media and mobile apps, the digital world is already entrenched in our culture. We have become accustomed to “infoxication,” volatility and hyper-transparency. We face digital downsides (privacy, manipulation, etc.) daily, and we utilize digital advantages (empowerment, open knowledge, etc.) as professionals, citizens and customers alike.

Thus, whatever name we give it, the reality is that we, as people, are entering the new decade having learned many lessons since the time when Google, Amazon, Facebook, Apple, Twitter and Netflix made our world and lives more digital. When applied to corporate communications, these lessons will come in handy when facing down today’s emerging scenarios, in which the exponentially increasing number of technologies will come complete with new acronyms (AI, IoT, DLT, AR, etc.).

“In the post-digital era, we now know companies should work to move consumers, collaborators and investors more quickly and openly through the conversion funnel”

We have identified five key challenges and lessons for corporate communication in the coming years:

In the next several months, we will address each of these five challenges by publishing specific content with references, case studies and strategies for communication, marketing and public affairs professionals.

We are pleased to share this first article on what these issues are and how to tackle the five major challenges to be found in the era of post-digital communications.

Iván Pino
Partner and Senior Director of Crisis and Risks
Pino is a journalist, with a degree by the UCM in Information Sciences and a Master’s Degree in Sustainability and Corporate Responsibility by the UNED-UJI. He has gathered 20 years of experience in communication and corporate reputation and has majored in digital communication. He is the co-author of “Claves del nuevo Marketing. Cómo sacarle partido a la Web 2.0” [Keys to New Marketing. How to get the most out of the web 2.0] (2009, Gestión 2000). He edited the first ebook in Spanish on social media communication, “Tu Plan de Comunicación en Internet. Paso a Paso” [Your step-by-step internet communication plan] (2008). Also, he is a lecturer and postgraduate teacher at the IE Business School, Carlos III University of Madrid and Complutense University of Madrid.
[email protected]
Download here
Article
Do you want to know more about it?
Articles
Areas
Professionals