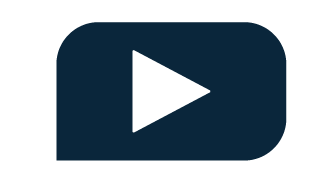 Storytelling vs. Storydoing: how to regain citizen trust

In our era of fake news, deepfakes and bots, manipulators will not hesitate to repeat lies until they sound true, all while using big data to tell their audiences whatever they want to hear. In this contentious environment, why do we put facts before words?

As a result of the digital revolution, communications and marketing have begun focusing on companies’ storymaking, putting storytelling on the backburner. For this, we must ask: Are facts more powerful than words, or does reality follow perception? To use a Mexican saying: Is it a matter of laying an egg, or merely crowing?

If we watch the Netflix documentary The Great Hack , it explains the role Cambridge Analytica, it is clear to see that we are currently living in an age of misrepresentation via data manipulation. It would seem that technology ultimately feeds the conspiracy theories that the world is being controlled by big data corporations at the behest of global powers.

In 2018, the prestigious journal Science published a study by MIT specialists Sinan Aral, Soroush Vosoughi and Deb Roy. A major conclusion of the study was that untruthful content travels further and faster, moving more deeply and broadly than true content.“Fake news has a 70 percent chance of being replicated,” said the study’s authors.

According to the same study, the biggest perpetrators of misinformation are, in fact, people. Human beings are more likely to share fake stories that induce intense anger, distress or fear than they are to share true news, which often spark sadness, apprehension or trust. These latter emotions do not spur us to action in the same way, instead leading us to interact with this information more passively.

“The key to rebuilding this trust is transparent and proactive communication”

Do we believe the lies?

The July 2019 study by the Pew Research Center underscores Americans’ growing distrust in institutions and public officials, circumstances which could make finding solutions to social and political problems even more difficult. This phenomenon is not limited to the United States. According to the “Latin American Economic Outlook 2019” study, carried out by the United Nations Economic Commission for Latin America and the Caribbean (ECLAC), around 64 percent of Latin Americans distrust their national governments.

This presents a paradox: the rise of online falsehoods that do not gain credibility, but in fact create a lasting state of skepticism. In extreme cases, such as the aftermath of the Mexican earthquake, this skepticism can even give way to dissident activity by the public.

Many communication professionals believe the key to rebuilding this trust is transparent and proactive communication. However, it is important to consider that we live in an age of information overload, and a story that does not immediately grab the reader’s attention will not reach people’s hearts, regardless of how well-executed it may be.

“Storytelling and storymaking are no longer at odds, and in fact must exist in tandem, feeding off of each other”

The digital revolution is far from over; in fact, what we are seeing is only the beginning. Ten years have passed since smartphones and social media became commonplace, and still technology continues to transform global society every day. Regulation and self-regulation on digital platforms, supported by technology, will certainly help regain trust through transparency, but the influential power of communication should not be overlooked. We must consider not only the rational aspects of messaging, but also the emotional, which play a large role in guiding human behavior.

We as people are moved by feelings, and more specifically, by expectations born of prior knowledge or experience. Trust comes when there is a connection along these channels. Prestigious neurologist Antonio Damasio explored this idea further,  claiming that the world we live in is too fast-paced to allow for proper reflection, so affectivity becomes the heuristic on which we base our decisions. “What makes humans different from animals is that we make use of fundamental regulatory processes, including things like emotion and feelings, but we also connect them with intellectual processes in such a way that we create a whole new world around us.”

The test of time is slowly but steadily showing us that storytelling and storymaking are no longer at odds, and in fact must exist in tandem, feeding off of each other. One must lay an egg, but the other must then crow to share the news. Successful communication strategies work on both fronts, on both doing (including efforts to meet shareholder expectations) and telling (creating an emotional experience and connections). This is the only way to win back trust and let people believe in us. The institutions, organizations, people and brands that achieve this—using big data to their advantage, understanding stakeholders’ thoughts and feelings and giving a coherent response through their actions—will surely find success and transcend the current business environment. Those unable to meet these demands will likely be condemned as irrelevant or outdated, as ethics and aesthetics are indeed becoming one and the same. 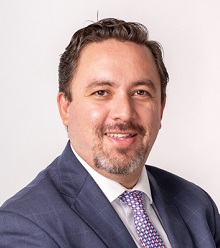 Rogelio Blanco
Managing Director at LLYC in Mexico
Rogelio Blanco has a 15 year long career in the sector and has accumulated experience in countries as diverse as Argentina, Colombia, Peru and Holland. In Mexico, he has worked for important firms in the communication industry, and has held roles with the most utmost responsibility for various years. Rogelio is an expert in corporate communication, reputation management and crisis management. For the past three years he has successfully led the transformation and strengthening process of the area of Corporate Communication here at LLYC. He has collaborated with the management of key projects both for national and international clients, which awarded him various prizes for the excellence and innovation of the implemented strategies.
[email protected] 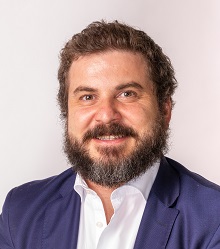 Juan Arteaga
Managing Director at LLYC in Mexico
He holds a degree in Information Sciences from the University of the Basque Country in Spain, and he completed an AD-1 program in Business Management at the Instituto Panamericano de Alta Dirección de Empresa (IPADE). He has 20 years of professional experience, 8 in Spain and 12 in Mexico and Latin America. Passionate about the digital world, he offers holistic strategic consulting regarding reputation management, communications and public affairs. This includes both storytelling and storydoing for organizations, always incorporating the latest communication and marketing trends. He enjoys combining his professional work with innovation and teaching, serving as a lecturer on reputation management, new communication trends and digital transformation. He began his career at LLYC in 2008 as a senior consultant, where he pioneered the creation of the Digital Communications area. He initially led this new area for Mexico, and from 2013 on, he began doing so for the rest of Latin America as well. Since 2017, he has been the general manager of LLYC Mexico, leveraging his experience with more than 200 clients and projects in Spain, Mexico and the rest of Latin America to help lead the country office. In Mexico, magazine Merca 2.0 named him one of “50 Marketing Leaders” in 2019, and magazine Expansión named him one of the “30 promesas de los negocios” ranking, honoring younger talent in the business world.
[email protected]
Download here
Article
Do you want to know more about it?
Articles
Areas
Professionals