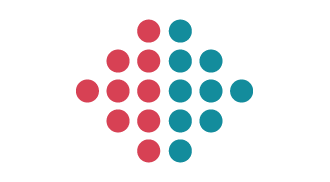 Winds of Change in Uruguay

Fifteen years in power and economic stagnation, coupled with a rise in unemployment and fall in consumption and private investment, have taken their toll on the left-wing Frente Amplio (Broad Front) coalition. It now faces a complex position if it seeks to stay in power after the second round, scheduled for Nov. 24.

The Broad Front had the most votes of any political party in the country (39 % percent), but it gave up its majority position in the Senate and the House of Representatives, which it held since 2005. On the other hand, National Party candidate Luis Lacalle Pou won 29 percent of the vote, thus becoming the opposition leader.

In the final stages of the campaign, the left-wing party showed significant growth, and its leaders were confident they would retain the congressional majority. They even considered the possibility of winning in the first round with the required absolute majority of votes.

As soon as the first figures were revealed, the worried faces at the Broad Front headquarters reflected that their first-round winner had actually lost, paradoxical as it may sound. This is because the leftist coalition had been strongly confrontational, gathering all the political forces that insisted on a need for change. And, on Sunday, Oct. 27, over half the citizenry showed they really do want change.

Without a congressional majority and sitting far from all the other political parties, how can the Broad Front win the vote of citizens who voted for other parties this past Sunday and ultimately stay in power?

It does not seem to be an easy task. According to some analysts, it is unrealistic to even think it may be possible. The Broad Front candidate is starting the race to the second round at a disadvantage, since the main opposition candidates quickly expressed their support for Lacalle Pou after losing on Sunday night.

“On Sunday, Oct. 27, over half the citizenry showed they really do want change”

Once the results were announced, the historic Colorado Party, led by liberal economist Ernesto Talvi, announced it will form part of a coalition for change, led by Lacalle Pou. Talvi made it clear that he will tour the country to campaign for the opposition leader.

Many doubted whether Talvi would be so straightforward on the same night of the election. But the new party leader followed in the footsteps of former President and Colorado Party leader Julio Maria Sanguinetti, who will return to the Senate in 2020, making a quick statement to inform citizens that Uruguay’s two old foundational parties would vote together again at the second round.

However, support from this party is not enough to ensure Lacalle Pou could create an opposition coalition to obtain a congressional majority and pass key bills. That would require incorporating the surprising Cabildo Abierto (Town Meeting), a right-wing party founded just six months ago by former Army Commander in Chief Guido Manini Rios, a military officer who was promoted to that position by the Broad Front itself.

Rios’ party became the seat filler this election. Town Meeting obtained a little over 10 percent of the national vote, and on Sunday night, its leader also announced they would add their strength to Lacalle Pou to ensure an opposition victory and bring about the end of the Broad Front administrations. With this added support, the new coalition would already win the majority in both houses of Congress. As a result, they appear to be a stronger alternative in the eyes of the citizens, one that would be able to govern the country.

Amid this adverse reality, the Broad Front candidate addressed the crowds that had gathered along 18 de Julio Avenue, the main roadway in Montevideo. Martinez, a former Montevideo mayor who was always even in his expressions, looked affected by the result, giving a confrontational speech. At the Broad Front, they believe the battle has not yet been lost. Before the first round, public opinion polls suggested a technical draw between Martinez and Lacalle Pou in a run-off. The key is to determine whether, following the Broad Front’s loss of parliamentary majorities and the statements from opposition leaders, opinion polls will change, or whether they will keep showing that parity.

The other side of the street

When Martinez had already left the stage and all the opposition leaders had spoken in favor of change, Lacalle Pou addressed the thousands of supporters still waiting for him outside his headquarters despite the grey clouds hanging over Montevideo. Lacalle Pou looked calm, presenting himself as the leader of a coalition that will form “a multicolor government.” He had worked carefully to obtain their support throughout the campaign, not attacking any of his opponents and finally ensuring it in the days prior to the Sunday election through meetings and personal conversations with the leaders of the Colorado Party, Town Meeting, the People’s Party and the Independent Party. The aesthetics of Lacalle Pou’s campaign in the run-up to the second round changed the night of the first-round election. As he spoke, an image of an activist wrapped in a Uruguayan flag was projected behind him.  The slogan “It’s now,” which had accompanied him throughout the campaign, changed to “Now is the time”.

The run-off between Martinez and Lacalle Pou will be held on the last Sunday of November. The Uruguayan people will then decide whether they will give the left-wing Broad Front coalition five more years in power, or whether it will be the opposition’s turn. Whoever takes office March 1, 2020, will face a complex situation. Stagnation in the Uruguayan economy, falling investments and a fiscal deficit at 5 percent of the GDP, will be accompanied by educational deterioration and an urgent need to make adjustments to the pension system. It will be necessary to cut government spending, create jobs and pass legislation for structural reforms without affecting the social achievements of the past 15 years. This is the true challenge Martinez and Lacalle Pou are competing to face.

Alvaro J. Amoretti
Executive Director of Quatromanos (LLYC partner agency in Uruguay)
Since 2003, he has been the Executive Director of Quatromanos, the leading company in corporate communication in Uruguay. A journalist by training, he began his work in the political and economic weekly Búsqueda, where between 1985 and 1991 he was in charge of the coverage of the information of the Congress and the follow-up of relevant political information. In 1989, his journalistic work led him to win a scholarship to study journalism at Columbia University (United States). At the end of 1991, he was hired to prepare the launch of the newspaper El Observador, of which he was Editor of the Economy section, Editor-in-Chief and Editor of Special Investigations. Towards 1997 he joined the newspaper El País, the one with the largest circulation in Uruguay, whose Chief Editor occupied until March 2003, when he left journalism to assume the co-direction of Quatromanos.
[email protected]

Juan Carlos Gozzer
Partner and South Region Managing Director at LLYC
A political scientist with over 14 years of experience in reputation management and international communication strategies, Juan Carlos has been actively involved in reputation assessment and the design and implementation of communication plans for clients in various sectors of the economy, both online and offline. He was General Manager of LLYC in Brazil for five years, before taking on the position of Regional Innovation Manager and then Regional Managing Director.
[email protected]
Download here
Article
Do you want to know more about it?
Articles
Areas
Professionals