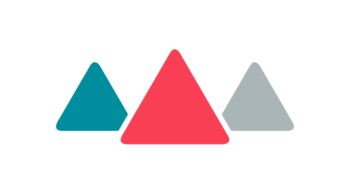 Those who first predicted the 21st century would be the century of women back in the mid-70s’ guessed correctly. It is increasingly common to see women holding positions of power, breaking stereotypes and leading with confidence. However, even remarkable futurologist Alvin Toffler or feminist Betty Friedan, among others, didn’t imagine the change would take place in such a short period of time, or in such an astounding way. Until just a century ago, the majority of women on the planet lacked the rights to vote, make decisions about their own bodies or file for divorce. In the United States, the first class of women physicians graduated in 1841. In most Latin American countries, however—the five exceptions being Argentina, Brazil, Chile, Cuba and Mexico—women had to wait until the 20th Century before they could access university education.

“This fight not only involves the women of the world: it has now added men, multilateral organizations, governments, public policies (…)”

The fight for gender equality is still going strong. There is a long way to go, but significant progress has been made. The infamous “glass ceiling,” the invisible barrier holding women back, is cracking. The day when this ceases to be news will come when we can truly say there is equality between the genders in leadership positions. We can confidently say that, in a general sense, this is no longer an issue discussed only by groups of intellectual, avant-garde or politicized women. And this fight not only involves the women of the world: it has now added men, multilateral organizations, governments, public policies, public and private institutions, educational systems and mass media. Countless debates have taken place on the topic of women and leadership. One of the most significant issues requests and requires a commitment from organizations regarding the presence of women in leadership positions, salary gaps in men’s favor, mindsets that limit women’s access to certain fields and assumptions corporate cultures make about men’s and women’s roles in households (and especially childrearing). These specific forms of inequality will have to be corrected sooner rather than later. We do not see the same forms of inequality everywhere, with specific issues concerning society varying by country or region. The Progress of Women in Latin America and the Caribbean 2017 report, published by UN Women, points out specific problems in the region: gender-based and domestic violence, the fact that women are on average poorer than men, limited access to employment for women and the fact that around 18 million women work as domestic servants without legal or labor protections. But the report also outlines six important courses of action, based on one central premise: it is imperative to create an economy in which women’s rights can be realized.

The transformation of social, political, cultural and economic realities that affect women is intrinsically related to two factors. The first is the empowerment and normalization of aspirations for equality, as stated by historian Mary Beard, winner of the 2016 Princess of Asturias Award for Social Sciences for her recent book “Women & Power.” The second is the increased presence, scope and visibility of a multigenerational, political and social female leadership. If those two elements come to be, the race toward gender equality will be greatly hastened. Despite some difficulties, progress is being made in Latin America, such as through important legal changes carried out in the last decade. The social silence has started to break and the fight for equality has started to permeate poorer and less educated demographics. And, essentially, the continent now contains third- and fourth-generation leaders—incumbent or emerging—who are actively working to improve the current situation with regard to many different spaces and perspectives. The women included in this report have been chosen by our Public Affairs teams in Latin America, Portugal, Spain and the United States, based on criteria such as their public image and potential influence in the near future. This list certainly does not include all the women who fulfill these criteria, but we do believe every woman here meets them. Almost a year ago, we published a report identifying the emerging leadership in Latin America, Portugal and Spain—those women who, from the background, were moving toward leadership positions. Here, we present an extract of our 2019 leadership report, incorporating the United States and focusing on selected women positioned at the forefronts of their fields. The women in this report stand out for the transformative effect they have had on the societies in which they work. Even so, they are only a small sample of a rising tide of global female talent and leadership, a result of the great—and growing—effort taking place worldwide, day by day.
Luisa Garcia, Partner and Regional Managing Director for Spain and Portugal for LLYC Joan Navarro, Partner and Vice President of Public Affairs for LLYC

This report was developed by the LLYC Public Affairs team in collaboration with Nelson Rivera.