Global trends for a year of collective challenges

The beginning of a new year always encourages us to reflect on the future – a period obviously influenced by the previous one. As such, 2018 was not an easy year for several of the pillars that generate stability in the global context. There is a feeling that the environment around us, on a global scale, is unpredictable and it seems that, at any moment, anything can happen.

A society that wants to build its future in a stable way must build its community system on democratic principles and respect for the rule of law. If you then add a great capacity for dialogues with international multilateral relations, you have a good chance of moving in the right direction.

The world’s population is 7.5 billion people, with some particularities: the population tripled between 1950 and 2016, more than half of the planet’s population lives in Southeast Asia, the continent with the youngest population is Africa and the oldest is Europe. In the year 2100, the world population will be 11 billion inhabitants and, according to the United Nations forecasts, Africa will experience a very significant demographic growth, and Europe, on the contrary, will be a very aged continent with demographic loss. 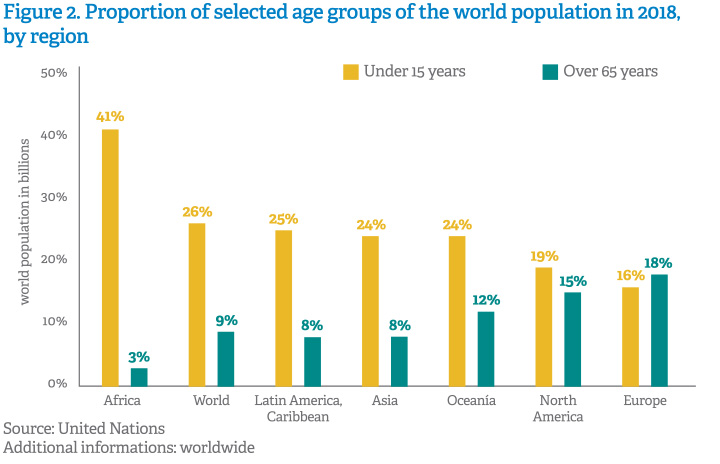 In recent years there have been large displacements of populations. On the one hand, very large international migratory movements which, according to the 2018 Global Migration Report, involved the relocation of a total of 244 million people, or 3.3% of the world’s population – 41% more than in the year 2000. Of these, 22 million were refugees. On the other hand, those resulting from the opportunities offered by land, sea or air connections. According to IATA data, 4.1 billion people were displaced by air in 2018. This figure will double in 2037. China, India and Indonesia will become the world’s largest aviation markets, ranking first, third and fourth respectively. 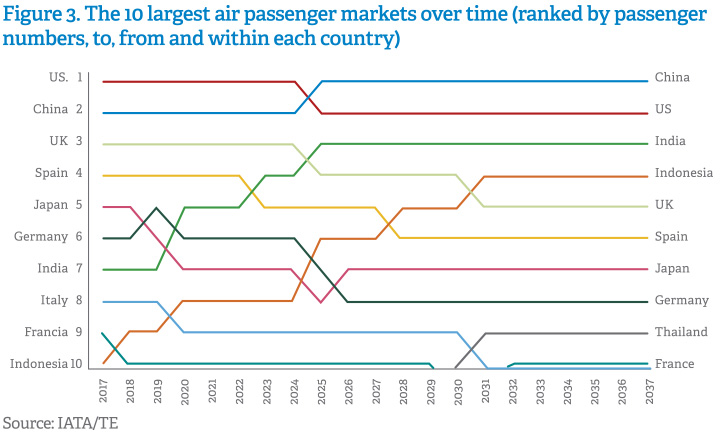 Climate passivity is producing increasingly worrying results and translates into clearly perceptible issues, such as the progressive decline in biodiversity, with a clear impact on food security or, for example, the gradual increase in the level of marine masses and the ice decline at our planet’s poles. 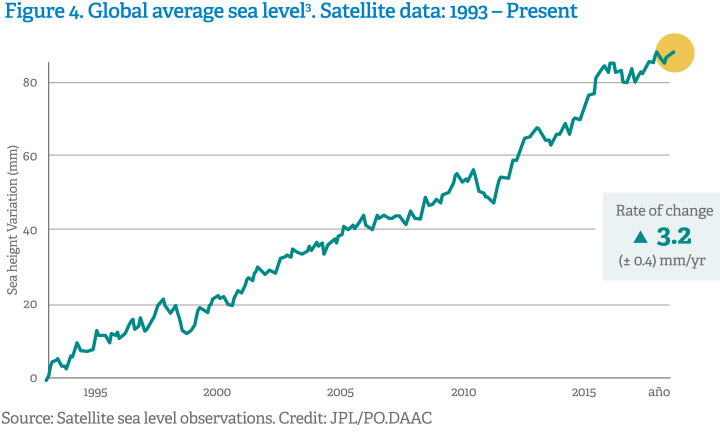 The deterioration of international order, including the controversial and disconcerting presidential actions of the United States, make for a more insecure world. There are greater geopolitical, technological and commercial tensions and, of course, there is the constant threat of terrorism, to which the control of natural resources can be added. According to the START report on “Global Terrorism”, in 2017, there were 10,900 terrorist attacks in the world, in which 26,400 people died; making it the third consecutive year (since its 2014 peak, which had 17,000 attacks and over 45,000 victims) that terrorism has shrunk. However, if the figures are compared to those of the decade before the September 11, 2001 attacks, there is still a very disturbing terrorist presence, including cyber-attacks.

Populism, driven by left-wing, right-wing or moderate politicians alike, is seen as a strategic approach that frames politics as a battle between two antagonistic sides, the public and the corrupt elite. Recently, however, it has found a very favorable breeding ground, with several countries now governed by populist leaders. Such is the case for Brazil, Mexico, the United States, India, the Philippines, Hungary and Italy, for example.

We live in times in which the unexpected becomes reality. Reality surpasses all fiction and crises arise with shapes that are far too difficult to contain. Therefore, we must be prepared to expect the unexpected in order to anticipate solutions to critical situations that are increasingly likely to occur. In all of this, technology and communication play a major role.

“In Europe, leaders face a time bomb with an upcoming detonation date of March 29, unless it is deactivated earlier”

2019 faces a volatile world with peculiar leaders who have an imperial vision for their leadership performance. Trump, at the head of the United States, is provocative, controversial, and disconcerting through his politics of tweets. Putin, who won the presidential elections in March 2018 with ease, embodies the modern archetype of Czarist Russia, through demonstrations of international strength aimed at national consumption. Xi Jinping, after modifications in China for the suppression of presidential term limits in 2018, has been confirmed as the maximum leader. In Europe, leaders are faced with a time bomb with an upcoming detonation date of March 29, unless it is deactivated earlier: The UK’s exit from the European Union is one of the biggest bottlenecks in the history of British politics; Macron and Merkel, who have the great responsibility of providing an overview of the future of European integration, have to deal with specific internal vicissitudes.

Downward growth characterizes 2019. Moderation in economic activity and increased global risks obscure the global economic outlook for 2019. It’s an election year for Europe with Brexit and other challenges in the background. The issue on migration will continue to dominate in politics. Respect for the founding principles of the EU (democracy and the rule of law) will be a matter of concern for some Member States, in particular Poland and Hungary. For Spain, 2019 is a year of political and economic crossroads. Municipal and European elections will be held in the spring, but general elections cannot be ruled out, given the context.

2019, in general, is a year with shared challenges and problems. The response must therefore be inspired not by individual approaches, but by solutions based on cooperation and dialogue, respecting human dignity, democracy, pluralism, justice, solidarity and, of course, the certainty that comes from respecting the rules of “the game.” 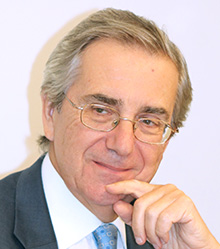 José Isaías Rodríguez
Senior Advisor
Renowned professional connoisseur of Europe and of Spanish companies's relations with the European administration, began his career in the Spanish Confederation of Employers' Organizations (CEOE) as deputy director of the Department of European Communities. For 25 years  he was the director of the CEOE Delegation in Brussels, a position from which he represented the interests of Spanish companies before European Institutions and BUSINESSEUROPE. Subsequently, and for two years, he was deputy secretary-general of the CEOE. For 24 years, he was Adviser to the European Economic and Social Committee and Vice-Chairman of the Employers Group. He is a Trustee of the ADECCO Foundation and President of VALCAMBRE. He holds a degree in economics and business studies from the University of Seville, a master’s degree in European studies from the Catholic University of Leuven and a diploma in European studies from the Ministry of Foreign Affairs of Spain (Diplomatic School)and holds a Diploma in National Defence from CESEDEN.
[email protected]
Download here
Article
Do you want to know more about it?
Articles
Areas
Professionals