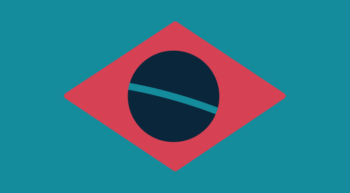 There had been much speculation regarding the “outsider” candidates of Brazil’s traditional political arena who would make the upcoming presidential election the most unpredictable since 1989. However, the final list of candidates triggered a “reality check” moment; Brazilian voters were very much familiar with all those who have a chance of winning.

In Brazil’s presidential elections, slated for October, voters have witnessed many discussions regarding legal uncertainties surrounding the candidacy of former President Lula, currently in jail and who has since announced he will not run, support Haddad; political uncertainties arising from the controversial and conservative rightist candidacy of former military officer Jair Bolsonaro; and the lack of candidacy renewals of known politicians who have vied for the presidency in the past, among other topics.

Regarding the campaign issues and communication messages that are sure to mark the course of the elections, there are three main lines:

Former President Lula was the only candidate to hold 30% of voter intention since the 2017 polls. With no campaign promotion, Haddad is less known than the other candidates and is the subject of less rejection among the voters who know of him.

Precisely during the dichotomy period brought about by the Workers’ Party, in at least the last three years, Jair Bolsonaro has consolidated his support with voter intentions that range from 15% to 20%. Embracing the efforts in social media to impeach Dilma Rousseff, Bolsonaro became the loudest of the voices speaking against the Workers’ Party and is now considered the leader of this movement.

Numbers have thus far shown the territory had been split between Lula and Bolsonaro, who together covered 40% to 50% of the electorate. It is a considerable amount yet only half of the whole. The other half may be comprised of voters who are tired of hearing the same story every election cycle and could be the deciding factor on who moves on to the first round.

2. Opposition to the Temer administration

For various reasons (drama ensuing from impeachment and lack of communication from the government, corruption-related scandals, unpopular reform measures such as those of the Workers’ Party, etc.), Michel Temer is backed by only 6% of voters and has a 70% strong rejection of his presidency, according to Instituto Datafolha).

With less than 2% of voter intention, the presidential candidacy of Henrique Meirelles (who, in the past has been finance minister, president of Central Bank of Brazil and president and COO of BankBoston) was confirmed in spite of unimpressive poll data and without the express backing of many of his party’s leaders.

3. Last-minute voting and convergence of channels

The third group of voters left to convince opposes Temer. A CNI/Ibope poll, conducted prior to party meetings and disclosed in early August, indicated 59% of voters were undecided or intended to cast spoilt votes or vote for “none of the above.” It also shows 73% of voters believe they may change their opinion.

This is not a new trend. In 2014, just two weeks before the first round, nearly 34% of Brazilian voters had not yet chosen a candidate. To capitalize on the trend and gain control of this group, several candidates who were less familiar to voters emerged in 2018.

Bolsonaro is at an advantage here. He has a large part of the country’s youngest voters on his side, and he benefits from Facebook pages and Twitter profiles that effectively engage voters online and consolidate his narrative through messages across different platforms. He had already invested in controlled debates easily transmittable through WhatsApp groups. At the same time, Marina Silva, who benefits from the unconditional support of Fernando Meirelles (director of “Ciudad de Dios,” among other films), also stated she intends to adapt her platform to a virtual context.

A fourth narrative line is associated with opposition to the political establishment, though it has lost the most ground given the current candidate lineup. Within this, Marina Silva is still at an advantage (she is neither leftist, nor rightist, nor Brazilian Social Democracy Party member, nor Workers’ Party member, nor from the opposition, nor from the government), while Bolsonaro leads the “outsider” narrative.

These narrative lines have been clearly laid out since the start of the election campaign. It must be observed that the three main lines were broadened by the Workers’ Party candidacy. Whether or not one agrees with the 13 years of presidency, Lulaism is still the defining factor in the Brazilian political arena, within a personalized and populist model of government that has prevailed in the country since Getulio Vargas’ terms. Political science and communication studies must determine the extent to which Lula has become omnipresent, to the point of substituting Vargas (and, to a certain degree, Juscelino Kubistchek) in the minds of Brazilian voters.

In a way, even the narrative of opposition to the Temer administration is in line with the movement for/against Lula. For this reason, to find common ground between the two extremes of voters (those who are ruled by that positioning in relation to Lulaism and, therefore, tend to vote for the Workers’ Party or for Bolsonaro) or the discursive approach they use to seek an opportunity to position Alckmin, Marina and Ciro. With subtle differences defined in the complete report, these three contenders, organized by probability of success, must make use of highly characteristic secondary narratives to gain support. 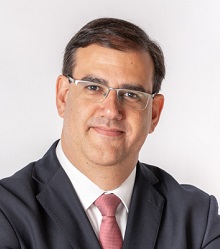 Cleber Martins
Partner and Managing Director at LLYC Brazil
A journalist and lawyer with extensive experience in the Brazilian communication sector, he held positions at the Folha de S. Paulo newspaper for 15 years, including Business Editor and Assistant Economic Affairs Editor. He trained at the University of São Paulo (USP) and also holds an MBA in Economic-Financial Information and an extension in Political Science and Governmental Relations.
[email protected] 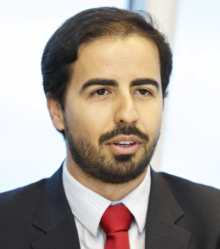 Alex Malouf
Director of Strategic Communications and Promotion in Brazil
Mathias studied journalism and law and has over 15 years of experience in the public sector and in the legislative assembly of the state of Rio de Janeiro as a consultant in federal government projects for the foundation “Fundação Getúlio Vargas” (FGV), in Brazil’s biggest media companies such as UOL or TV Globo—for which he worked as a correspondent in Egypt (G1 portal)—and as content supervisor of Globo Universidade. Specializing in international relations and holding an MBA in project management from FGV, Thyago has provided consultancy services to several companies in matters of assessment and visibility strategies. At LLYC, he has been involved in projects of promotion, strategic communications and public affairs for clients in the financial, pharmaceutical, telecommunications and technological sectors.
[email protected]
Download here
Article
Do you want to know more about it?
Articles
Areas
Professionals