Such is the case of Cambridge Analytica. The company was forced to close down when news broke that it had acquired and misused data from 50 million Facebook users. The scandal forced the founder of Facebook, Mark Zuckerberg, to make a statement two days after the stock market debacle in which he acknowledged that the company made mistakes, took responsibility and explained the steps to strengthen security and ensure the privacy of users.

The data that Cambridge Analytica handled was obtained by a professor at the University of Cambridge, who accessed status updates, “likes” and even private messages from more than 15% of the US population, which he later sold to Cambridge Analytica.

The Cambridge Analytica scandal had its most notorious antecedent in the bankruptcy of another London-based firm, Bell Pottinger, in September of last year. This agency designed and executed a ‘dirty campaign’ that played on racial animosity in South Africa, including the creation of fake news, to benefit its client Inversiones Oakbay.

As a result of the outrage, Richard Edelman, founder and president of the network of public relations agencies that bears his last name, made a call to the communication industry to adopt a single code of ethics. The Global Alliance for Public Relations and Communication Management, the federation that integrates associations of communicators and academic entities from around the world, responded arranging a summit of the main international associations of professionals and communication companies from which it emerged 16 principles that we deem essential to practice public relations.

The industry as a whole suffers the onslaught of the winds of doubt about the correctness of their behavior. For years we have faced the bad reputation of propaganda; now it is the lie that knocks at our door.

José Antonio Llorente, founder and president of the reputation and public affairs consultancy LLORENTE & CUENCA, recently wrote on LinkedIN: “To date we have looked at the fake news and post-truth, both manifestations of the lie, as if they were something alien to our professional practice (…) We did not want to think that behind those false or falsified news could be ‘one of ours’. ”

In the era of hypertransparency, the PR indutry is also subject to public scrutiny. The new generations are much more sensitive than their predecessors to responsible behaviors and, consequently, punish deviations harshly. They are more selective when it comes to giving their trust to a company or brand. In short, they are more ethical activists.

A solid reputation comes from the commitment to build trust. The 16 ethical principles that the Global Alliance for Public Relations and Communication Management recently announced with the International Association of Business Communicators (IABC), with the support of different associations, do not specifically mention trust, but clearly that is a basic objective of ethical practice in communication activities.

It is the “raison d’être” of the 16 principles. The first principle we list is, in fact, the most powerful litmus for business. “Working in the public interest” is not just a declaration of intent, it is a fundamental change in the way we should approach our activities in society. What that means in practice is that if a company faces a dilemma between self-interest and the best interests of society, the latter should prevail.

The first step to improve our own reputation is to have and respect solid ethical principles that are clear, firm and adopted by a large majority. The 16 principles meets this requirement and serves as a guide to all of us. The second lever of reputation connects again with the principle of “working for the public interest”. Our profession is committed to the human values ​​that guarantee social coexistence. Recalling the etymological origin of the term, “communication” implies a sense of community. And the third lever is part of the medicine that we prescribe to ourselves:  good storytelling. We have to demonstrate the relevance of the function for the sustainable management of all types of organizations. If communication does not create value from values, it is useless.

The example of NASA’s Cassini spacecraft

The US Space Agency (NASA) reported on September 2017 that the Cassini spacecraft had entered in the atmosphere of Saturn, where it ended up disintegrating, as planned.

This put an end to the Cassini-Huygens Mission, which over the last twenty years had collected data as important as the possible habitability of two of Saturn’s moons, Enceladus and Titan. It is precisely this finding that led NASA to make the decision to give way to the ‘Grand Finale’ phase, with the purpose of destroying the ship before its control was lost from Earth and thus avoiding a possible collision with a of the moons that could compromise future investigations. That is, it was not an operational decision that precipitated the end of the ship, which could have continued to wander through the galaxy, but an ethical one.

This is a clear example that the most difficult decisions that organizations have to take, be they companies or institutions, to make ethics a prime directive. And communicators must be there to advise on the consequences that many business decisions have, especially when they can have an impact on society of which they are part, is society itself.

José Manuel Velasco
Executive Communication Coaching
He is part of the Advisory Board at LLYC and represents the Executive Communications Coaching leader at the firm. He is Chair of the Global Alliance for Public Relations and Communication Management, a coalition that brings together professional communication associations and academic entities from around the world. He has worked as General Manager of Communications and Corporate Responsibility at the construction company FCC and as Director of Communications at the energy company Unión Fenosa and the railway company Renfe. In addition, he has presided over the Spanish Association of Directors of Communications (Dircom) and the Ethical Management Forum (Forética). He holds a degree in journalism from Madrid's Complutense University and completed the Advanced Management Program offered by the Institute for Management Development (IMD) in Lausanne, Switzerland. He is a certified executive and team coach by the International Coach Federation (ICF).
[email protected] 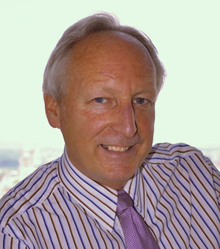 Jean Valin
Principal of Valin Strategic Communications and founding member and past chair of the Global Alliance
He holds a degree in Communications from the University of Ottawa and began his career as a broadcaster in the Otawa region. After his journalistic experience, he worked for 30 years as a PR executive for the Government of Canada. He currently manages his own firm, Valin Strategic Communications. APR Certified Communicator, author and mentor, is a Fellow of the Canadian Public Relations Association (CPRS) and an honorary Fellow of the Chartered Institute of Public Relations (CIPR-United Kingdom).During his time as a public servant, he worked on gun control, anti-terrorism and organized crime legislation, same sex marriage legislation, the launch of Service Canada (Canada’s one-stop for all government services) as well as transportation policy for air, road, and marine safety and for security issues.Very active throughout his career as a leader in professional organizations, he is one of the founders of the Global Alliance for Public Relations and Communication Management, which he chaired for two years (2004-2005).He is co-editor of the book of two volumes of public relations cases studies from around the world. (Peter Lang, 2014 and 2017). Throughout his career he has received numerous awards, including the CIPR President's Medal in the United Kingdom, the CPRS Achievement Award, the David Ferguson PRSA Award and the Philip Novikoff Award of the CPRS for all his career acomplishments.
[email protected] 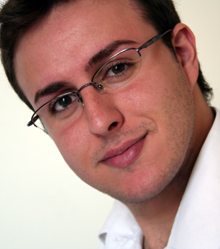 Alex Malouf
Corporate Communications Manager for Indian Subcontinent, Middle East and Africa at Procter & Gamble and board member of the Global Alliance for Public Relations and Communication Management
Former journalist Alex Malouf has carved out a niche as a lively voice in the Middle East’s burgeoning media scene, combining razor-sharp observations with a keen understanding of the forces that underpin the region’s digital transformation. Much of which, no doubt, is informed by Malouf’s day job at P&G, where he manages reputational affairs for the Middle East’s largest FMCG.Malouf’s experience and roots in the region are not the only things that set him apart — he is also a highly visible advocate for modern public relations, serving in board roles on numerous industry organisations, including the Global Alliance for Public Relations and Communication Management, as board member, and the International Association of Business Communicators (IABC).
[email protected]
Download here
Article
Do you want to know more about it?
Articles
Areas
Professionals