The new Latin American consumer: a question of trust

Although way below the performance of the Asian economies, the Gross Domestic Product (GDP) growth expectation of over 2% in Latin America forecast for the next two years reflects a sustained economic recovery in the region, largely underpinned by domestic consumption. In this scenario, the trust relationship between consumers and businesses is a cornerstone for development in the region.

The strength of private consumption in Latin America is one of the many indicators that reflect a number of changes, especially:

Just as in other parts of the world, these socio-demographic movements accompany global trends that have given consumers more power in their relations with business, such as:

Against this backdrop, consumer-business trust also blends with exercises of citizenship that are very important for both parties, especially for businesses, which must boost this trust relationship as the driving force for growth.

The keys to trust in the region

The main conclusions drawn from analyzing the perception of trust in six economic sectors, polling almost 4,000 consumers in nine Latin American markets are:

Although there is generally a good climate of trust in companies, no sector has an outstanding rating on the trust scale

Automotive and retail have above-average trust in the region

Credibility, which derives from product/service, and integrity in business practice are key dimensions for consumer trust 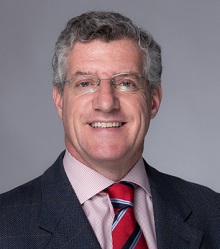 Claudio Vallejo
Senior Director of Latam Desk
Vallejo holds a degree in law and an advanced studies diploma in communication (DEA) from the Complutense University of Madrid, specializing in international relations and international marketing by the University of Kent at Canterbury, UK. He has previously served as senior advisor to the multinational strategic communications and public affairs firm, KREAB. As communications director, he has performed his duties in several relevant companies in leading positions within their sectors, such as CODERE, ENCE, SOLUZIONA, and was the international communications manager for power company UNION FENOSA. Prior to his experience in the private sector, Claudio was a commercial attaché in the Commercial Office of the Spanish Embassy in Quito, Ecuador.
[email protected]
Download here
Article
Do you want to know more about it?
Articles
Areas
Professionals