100 days of Piñera: In pursuit of unity in Chile

March 11, Sebastian Piñera became the president of Chile for the second time since his previous term, from 2010-2014. Since taking office, he has focused on resolving the country’s most urgent issues, strengthening the groundwork for development and fulfilling promises made during his campaign.

To do so, he has outlined several major plans of action to govern his performance. First, he hopes to resume the Socratic tradition of dialogue and consensus, as well as repair Chileans’ bonds after years of social and political tension. Secondly, he plans to take on a series of urgent issues requiring swift government action. Finally, he seeks to promote measures to reactivate the economy and create jobs, improving the country’s finances and macroeconomic indicators to foster an environment for sustainable development.

One of the top priorities is achieving strong, widespread consensus through dialogue. In this sense, the new government has invited all the members of Congress to participate in the conversation, independently of their ideology or political party. Task forces have been designed as diverse and cross-party working groups.

However, this administration has faced active opposition, inside and outside of Congress. In less than 100 days, two state ministers have been interpellated in Congress, and the Socialist Party has brought legal charges before the Comptroller General and Constitutional Court.

Meanwhile, Chile Vamos has remained in unison with the government, except with regard to certain disagreements regarding issues such as the conscientious objection protocol for abortion and adoption by same-sex couples.

According to the Survey Plaza Pública (Public Square) conducted by Cadem Research, Sebastian Piñera’s approval rating for the first 100 days of his second term is at 56.4 percent after reaching the maximum mark of 60 percent once during the week of April 13 and again the week of June 18.

Overt rejection of his performance was at an average 25.1 percent during the first 14 weeks of his second term. The highest point of rejection was reached May 11, with a 30 percent disapproval rating.

These numbers help explain why the head of state has taken a high-profile role regarding issues central to Chileans, such as economic growth, immigration and citizen safety, as examined above. In addition, the high margin with which he won the second round during the presidential election empowered him to project a more confident and positive image.

During this period, and despite the fact important international industries have shut down, such as the container factory operated by the Danish firm Maersk, the level of private foreign investment has increased, reflected in the country’s economic forecast.

In its second Monetary Policy Report (IPoM in Spanish) of the year in June, the Central Bank highlighted the strong performance of investment indicators, raising its projection of gross fixed capital formation for 2018 from 3.6 percent to 4.5 percent. It estimated a 4.5 percent level in 2019 and 3.9 percent in 2020, which is slightly up for 2019 from the 4.4 percent it published in the previous report in March and slightly down from the 4 percent projected for 2020.

This represents a success for Piñera’s administration, which labelled investment as one of its top priorities since moving back into La Moneda. The goal is to reactivate the economy and generate more and better employment opportunities.

Therefore, after his first 100 days in office with a positive approval rating and a growing economy, Sebastian Piñera made a preliminary assessment of his performance and pointed out that “despite all the noise and trivial matters, this government has a clear direction, a distinct mission, and its priorities are those of the Chilean people.” 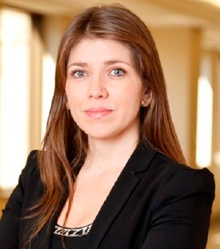