A GLIMPSE AT FUTURE LEADERSHIP

Political demands and needs have varied in content and intensity as a new generation of leaders is getting ready to take things on. The teams of public affairs professionals at LLORENTE & CUENCA have mobilized to identify who has the potential to take over from the present leaders in Spain, Portugal and Latin America.

This document analyzes the following countries: Argentina, Brazil, Ecuador, Colombia, Dominican Republic, Chile, Mexico, Panama, Peru, Portugal and Spain. It should be noted that this paper does not aim to include every potential key player in the coming years. For this report, we have selected different figures, who due to their characteristics and political projection, have the potential to assume a leadership role in their respective countries’ political landscape, in a future closer than far. At a second stage, each of the profiles selected answered a short questionnaire, and by analyzing this, we were able to provide prime insight on those who are currently in a position to influence the future decisions and directions of their respective countries.

Self-evidently, the profiles of the future leaders put forward differ but all share a common idea about democracy and political freedoms, regardless of their political families. Not questioning the common framework has not always been the case. Therefore, generally speaking, we are presented with men and women who defend the need to incentivize investment and economic growth but who, at the same time, insist this should be used to reduce socioeconomic inequalities and be sustainable. Growth at any price is not an option – once again, something that has not always been the case in Latin America.

Another important aspect is the growing balance between the number of men and women who are attaining senior posts of responsibility. Historically, politics has always been a male preserve, with notable exceptions, but from the leaders who stand out, we can already find growing involvement by women, affording greater social sensitivity, pragmatism and a broad-based approach to the manner of doing politics in the region. The growing attainment by women of positions of responsibility has coincided with a greater focus on historically excluded collectives, particularly young people and women of humbler origins and indigenous minorities in countries such as Bolivia and Ecuador.

In summary, Latin America, Spain and Portugal are moving toward policies which are more environmentally sustainable, socially sensitive and ensure greater gender equality, underlining the commitment to the market economy and liberal democracy. The set of politicians we have put forward here, in view of their ideological diversity and their different local contexts, serve as a good illustration of undeniable progress. 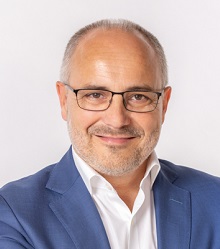 Joan Navarro
Partner and Vice-President of Public Affairs at LLYC
Joan Navarro holds a degree in Sociology from the UNED. He is partner and Vice-President of the Public Affairs Area at LLYC. He has completed the General Management Program (Programa de Dirección General, PDG) by IESE-University of Navarra and he is considered an expert in political communication and public affairs. From 2004 to 2007, he was Director of the Cabinet of the Minister of Public Administration, and, in 2010, the Spain-based newspaper El País included him in its list of the 100 most influential people. He is a founding member of the forum +Democracia, which is a platform that promotes institutional change for a better working democracy. He teaches at several universities, he is a member of the Spanish chapter of Strategic and Competitive Intelligence Professionals (SCIP) and he collaborates with El País.
[email protected]
Download here
Article
Do you want to know more about it?
Articles
Areas
Professionals