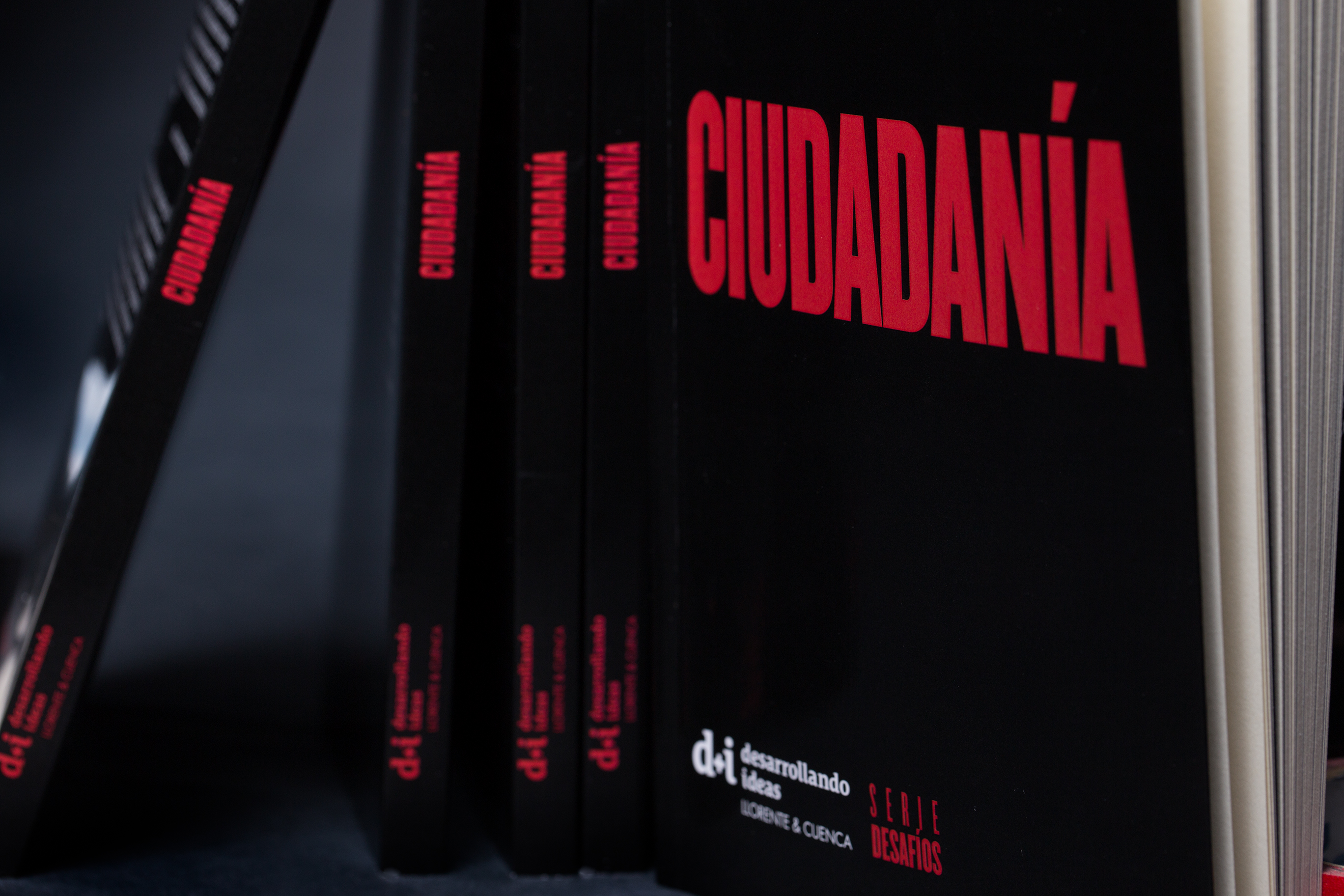 Citizenship, the new book developed by LLORENTE & CUENCA’s Thought Leadership Unit, is part of the Challenges series and talks about a new era for our societies in which corporations’ and institutions’ communication play an important role. Over the course of the coming weeks, our Developing Ideas department will present this new book throughout the firm’s offices in Spain, Portugal and Latin America. Daniel Innerarity, a writer, researcher and political and social philosophy professor, will present the book in Madrid May 8.

Citizenship is a collection of articles and reports prepared over the course of 2017 by senior professionals from the firm, reflecting on the challenges posed when managing new connected, reactive and influential citizens. This particular entry in the series includes a prologue by Jose Antonio Zarzalejos, member of the LLORENTE & CUENCA Advisory Council and former editor of newspapers ABC and El Correo, who recommends societies facing challenges related to technology, digitalization and the dichotomy of generations and training undergo an “immense transformation.” He explains that the breakneck speed of change has led to a certain anxiety and uncertainty that can only be controlled through an adaptive attitude. The vice president of the firm’s Economic Context department, Jordi Sevilla, concludes the book with a reflection on fraternity. He explains it changes the awareness of the individual and their behavior, as well as their level of expectation regarding other people and organizations. Consumers, workers, suppliers and shareholders are all citizens, a fact corporations and institutions must take into account in this new era.

Jose Antonio Llorente, founding partner and chairman at LLORENTE & CUENCA, wrote the prologue (found below) to Citizenship. He stresses we live in a citizen empowerment process and everything we communicate must be fact-based, because today’s world demands “ethical communication committed to the truth and the hyper-transparency imposed by the digital transformation.”

THE ETHICAL CHALLENGE OF THE NEW CITIZENSHIP

“Now, what I want is Facts”. This is how the famous novel, Hard Times (1854), by Charles Dickens, begins. Facts, realities, as Dickens’ Mr. Gradgrind says, is what we need at this time, what we need “now”.

Though it has been a century and a half since the novel was serialized in the weekly Household Words with great success, its opening phrase remains relevant to our times today. Facts. That is exactly what millions of citizens seem to ask for on a daily basis after listening to speeches, observing campaigns, reading reports, attending meetings, and receiving information from any company.

Our era has been shaped and has grown with two birthmarks on the citizenship’s body: the first one was imprinted with the pain and suffering of past crises; the second, without any doubt, will be the one that opens the roads to the future. 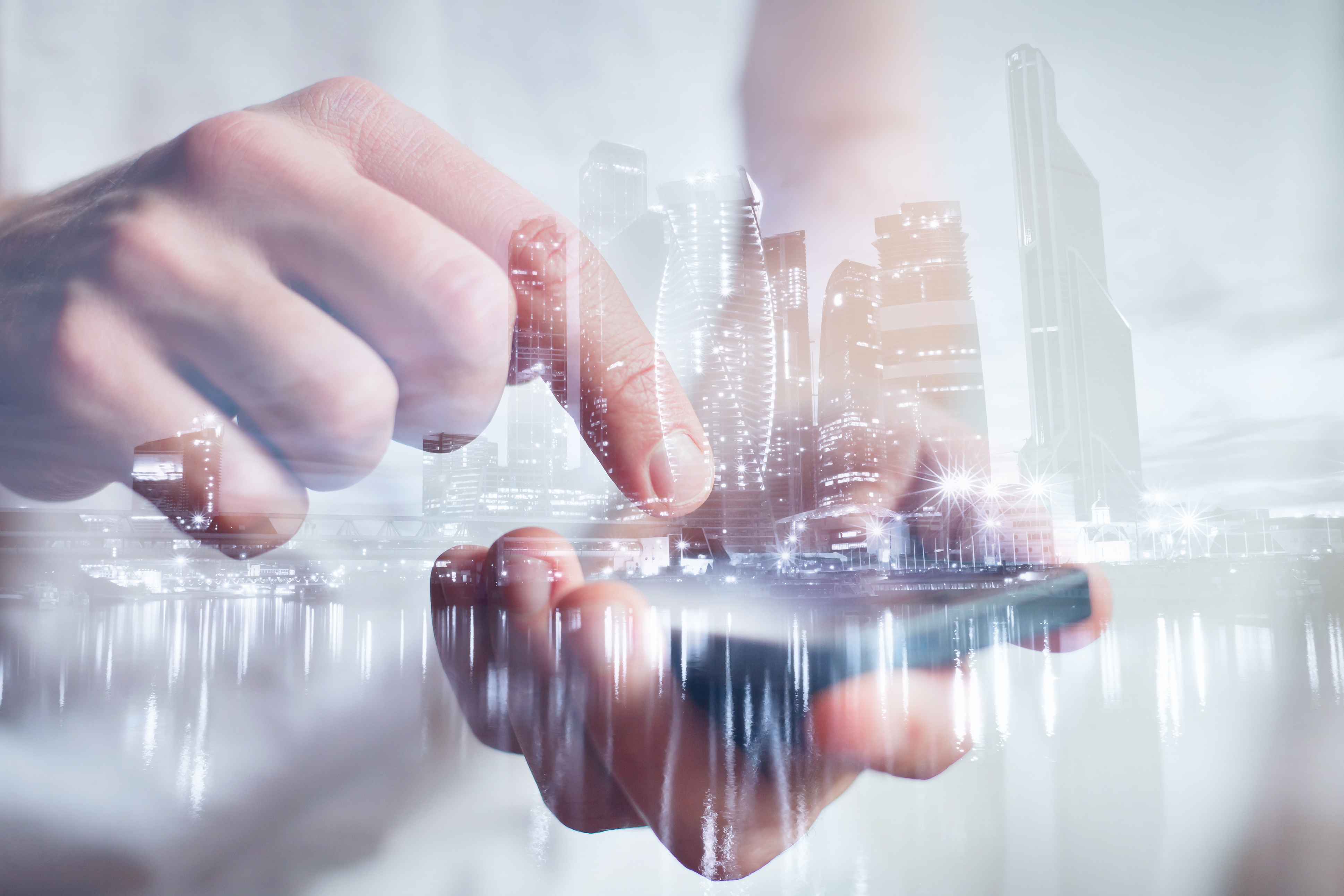 The painful mark is a latent skepticism in each of the citizens, a deterioration of confidence in their institutions and companies, and even in their leaders. The crisis of 2007 to 2008 has been embedded in a deep corner of their collective memory and generates an instinctive rejection of the messages that arrive from the elites. Through blood and fire, citizens have learned that everything can fall apart and that one can only build something long lasting on a true and solid foundation.

The mark of hope is technological disruption. Citizens have at their disposal one of the most powerful tools in history. Opportunities are opening up, boundaries of the past are blurred and everything is changing at a dizzying speed. Nowadays, men and women, empowered by technology, have access to information and the ability to form opinions and organize themselves in nodes and networks, and, in short, to become aware that they will never be passive subjects of corporate political communication.

Data, conversations, relationships and information build a new virtual social system, a parallel society that blends with real society so tightly that it is impossible to distinguish one from the other. The current leaders want to influence, be present, and become protagonists of this new reality, of these new times.

However, today, influencing citizens and transmitting the desired message is much more complex than how it was yesterday. Having learned its lesson, as if it were a survival transformation, the spider web turns out to be waterproof for those who want to penetrate it with tools from the past. It closes instinctively when it perceives pretense, spurious interests, or any suspicion of imposture.

“The new protagonist of this ecosystem is the citizen. Men and women have the capacity to generate messages, organize themselves and influence”

The question is clear: how do we move in a changing and unknown territory, whose only cartography is what we draw as we move forward? The changes that society has undergone in the last decade have left obsolete paradigms that make a new conceptual framework necessary in order to understand and analyze the society in which we live. The categories of the past are useless: the scenario has changed, the main actors are others (no longer political or business leaders) and a different script is necessary.

The new protagonist of this ecosystem is the citizen. Men and women, placed in the center of the sociopolitical dashboard, have the capacity to generate messages, organize themselves and influence society with force, protecting themselves from manipulation with the umbrella of their painful skepticism.

The first exercise is to take a step back, shifting focus away to perceive the geography clearly. We can then see beyond the citizens and identify the territories of their conversations that form the communities made up of those men and women with shared interests. Then we must apply sympathetic and active listening to understand their concerns and desires, the cement that glues together those communities and the citizens who lead them. Finally, when this knowledge is gleaned, decisions will be made. How do we best influence these communities? How do we best transmit our messages? The questions are misguided: it is not about influencing or about transmitting, it is about joining.

Let us go back to Dickens, to his famous word choice: “Facts.”

The only way to talk, to have a valuable presence and to eventually bestow influence upon citizens is to develop an ethical narrative based on commitment and transparency. In other words, replacing traditional unidirectional storytelling with storydoing and new forms of interacting and forging experiences with interest groups. Only with facts can we reach the hearts of communities, where the true interests of citizens lie.

“Our profession must be introduced to the plane of facts. Only by being part of the decision-making bodies can we build a reputation strategy”

The challenge now goes far beyond the achievement of notoriety, of capturing timely attention for a while. It is about having notability among citizens; it is about establishing our reputation as one that supports our narrative. It is necessary that what we say be based on facts. Our profession, until now installed in the plane of storytelling, must be introduced to the plane of facts. Only by being part of the decision-making bodies can we build a reputation strategy.

The new citizens demand ethical communication committed to the truth and the hyper-transparency imposed by the digital transformation that makes evasive truths found. What can be known will be known and for that reason, beyond slogans and campaigns, communication must be backed by certainty and safety, not duplicity. Turning the familiar phrase around, it does not only have to look like it, it must be it.

Undoubtedly, we tackle difficult challenges -such as time- that require, in general, professional knowledge, personal effort, ethical approaches, and, at times, audacity. Our profession must help to build a better, stronger and safer society. I am sure it can be done.

At the end of the day, and let me close with Dickens, “There is nothing so strong or safe […] as the simple truth.”

José Antonio Llorente
Founding Partner and Chairman
José Antonio Llorente. Founding partner and Chairman of LLYC. He also chairs the LLYC Foundation, engaged in generating value for social change through communication.He is the author of the book ‘El octavo sentido, ensayo sobre la relevancia de la comunicación en la sociedad del siglo XXI’ [The eighth sense, essay on the importance of communication in 21st Century society]. He is currently a member of the Arthur W. Page Society – an association that gathers together the global communication leaders of the main companies in the world and of the leading international consultancy firms; of the Advisory Council of Human Age Institute - attached to the Manpower Foundation that works to develop employment and employability; and of the Board of Trustees of the Euroamérica Foundation, engaged in the rapprochement between Europe and Latin America. In the field of contemporary art, he is a member of the Advisory Council of the ARCO Foundation and of the International Council of Patronage of the Reina Sofía Museum in Spain. José Antonio worked for the multinational firm Burson-Marsteller for 10 years, where he was the Managing Director of its operation in Spain. He had previously worked for five years at the Communication Department of the CEOE (Spanish Confederation of Business Organizations) and was a journalist for the EFE News Agency.
Download here
Article
Do you want to know more about it?
Articles
Areas
Professionals