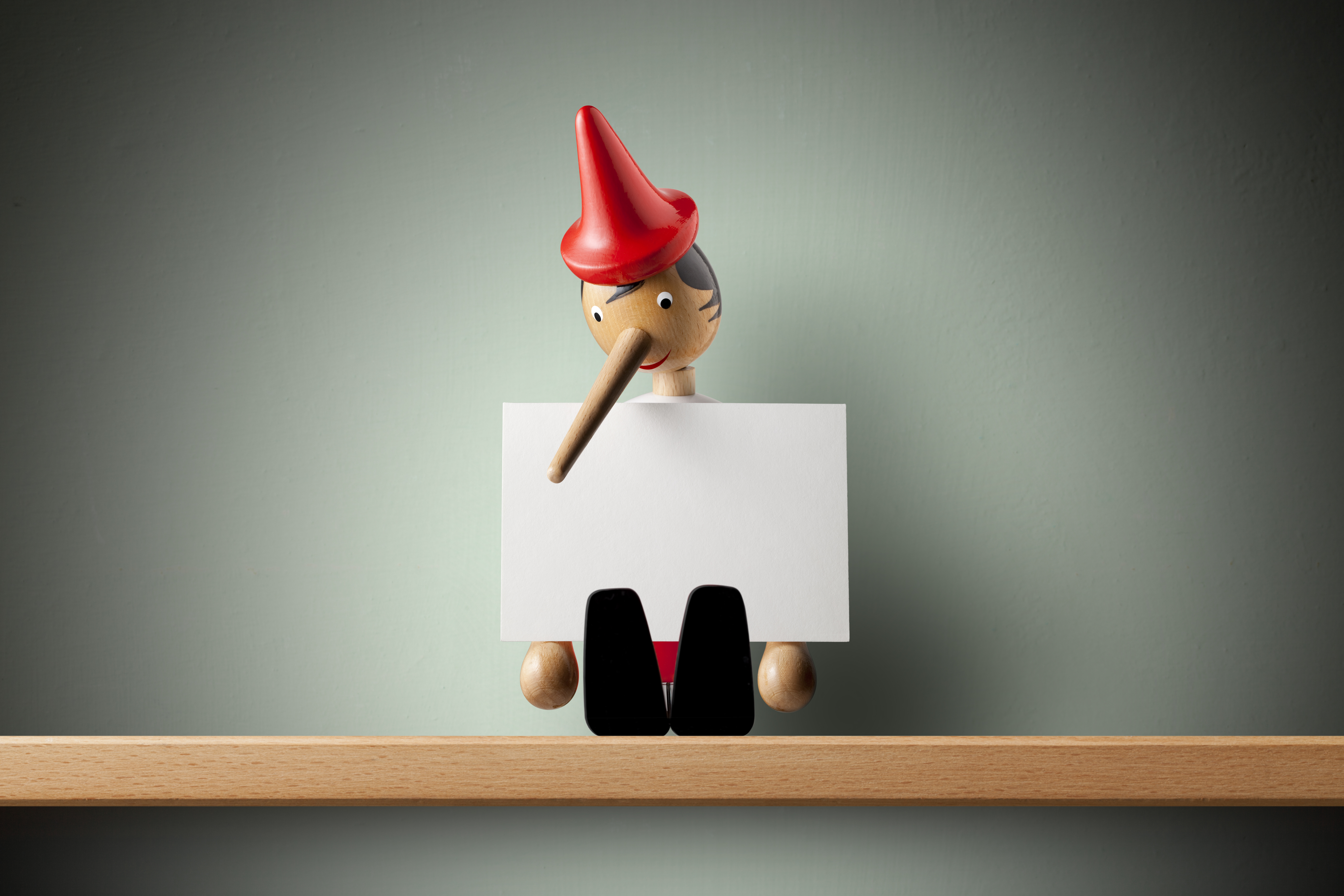 “One Sunday in December 2016, Edward Welch, 28 years old, the father of two children and a voluntary fireman, left his house in North Carolina determined to sort out for himself what he had heard on the news. He drove his car for 600 kilometers to Washington and entered the pizzeria Comet Ping Pong armed with an AR-15 assault rifle, a gun and 29 rounds of ammunition during rush hour. He shot into the air three times, fortunately without hitting anyone, and he started looking for Satanic signs, underground chambers and passageways. He was convinced there were children inside who had been kidnapped and sexually exploited by a pedophilia network led Hillary Clinton’s campaign manager.”

This is how journalist Marc Amoros starts the third chapter of his recently published book Fake News. La verdad de las noticias falsas (The truth about fake news) in which he warns us that fake news is not a joke and has real consequences. For Edward Welch, a real sentence of four years in prison for the case known as PizzaGate, which the New York Times looks at in this report.

Fake news is not a passing phenomenon but rather a perfect storm brought by technology that is not going to just disappear in the next few years. The technological consultant Gartner assures us in his report Technology Predictions for 2018 that in 2022 the citizens of mature economies will consume more fake news than real news. He also warns that going beyond the political and media impact that they have had in 2017 worldwide, fake news represents, at the same time, a serious problem for companies. “Companies not only have to closely monitor what is said about their brands directly but also in what contexts to make sure they are not associated with content that is harmful to the value of their brand,” the report stresses.

We believe that in the age of hypertransparency in which we live, silence is no longer an option and just by taking up an active stance, companies can find a way of taking on the lurking disinformation.

In addition to the reflections by Maldito Bulo and Marc Amoros, we would like to add the need to work on prevention. In addition to the denial techniques after the rumor has been detected, we need to build prevention mechanisms that put us in a better position to tackle fake news. What are these mechanisms and how are they coordinated? In our opinion, they typically involve the development of digital identity programs that promote the presence of the managers and employees of the companies on social networks. The logical response is to take on the lie promoted by false profiles/ interested parties/misinformed parties with true information promoted by real, informed ambassadors. Basically, taking on fake news with real advocacy. We can summarize the main benefits of this perspective by four key points:

Authenticity, transparency, credibility and trust are values which have come into play in the new digital age. However, how should they be applied? Recently, Ivan Pino in the report Digital Experience provided the key: “the media is not the message. The media is the person.” This concept has already been applied to perfection by the leaders of Tesla and Amazon. Elon Musk, the CEO of Tesla, denied on his Twitter profile the information published by The New York Times about the car model, Model S. The same modus operandi was used by Jeff Bezos who denied ironically on Twitter the news related with Amazon’s intention to open automated supermarkets. The tweet achieved more than 1,000 likes and 478 RTs. They are both examples of how companies have managed to halt the impact on their reputation by personalizing the message and making the most of the digital identity of their CEOs. In the digital environment, companies who opt for a “human voice” as a value proposition increase their credibility.

#2 Boost leadership and increase the influence of organizations

In addition to the corporate channels companies have available, their ambassadors become spokespeople qualified to highlight the attributes of their companies. An example is Antonio Llarden, the chairman of Enagas who, through a personal blog, shares his vision about the present and future of the sector, highlighting aspects that are being developed by the company he heads up.

However, the ambassadors not only boost the leadership of the company, but they increase its influence. According to RAE, the influence is: “The power, favor, authority of someone towards another person/people.” So, a quality of people and not of corporations. Working on the influence of a company in the digital area necessarily involves working on the digital identity of its managers or employees.

#3 Position the ambassadors as references

The development of a solid digital identity consistent with the values of ambassadors makes their participation in said communities, with which they share interests, more credible by consumer motivators on certain themes and/or subjects. This is the case of Rosa Maria Garcia, the chairperson of Siemens España, who defines the leadership, the management of companies and innovation as mainstays of her discourse on social networks, or Mary Barra, the CEO of General Motors, positioned in the territory of the empowerment of the woman and her development in STEM.

#4 Promotes transparency and contribute to reputation

The personal brand projects of managers and spokespeople developed by companies are a key element for promoting dialogue and relationship with their main stakeholders and, accordingly, a commitment to transparency. Basically, as Adolfo Corujo put forward in UNO Magazine #13, “those managers who tackle this cultural change intelligently will make a decisive contribution to improving the corporate reputation of the companies they lead.”

Aware of the benefits but also the cultural stress this perspective entails for organizations; how can we approach a program of this type? Our colleagues Luis Gonzalez and Jon Perez recently drew up The 10 golden rules of Employee Advocacy, which is extremely useful for approaching programs with employees. Backed up by these keys, we now wish to define the steps to be taken to manage an ambassador network that transmits with authenticity and truthfulness the reality of the company but, when the time comes, can also serve as a protective shield against hoaxes.

We are not facing a simple problem and it thus requires us to adopt more sophisticated solutions to prepare. In this context there is a phrase attributed to Albert Einstein which seems to apply: “if you want different results, don’t do the same thing.” As communication and reputation professionals we need to tackle new problems with new solutions. And fake news is a new problem which seems (unfortunately) to be here to stay. In this case, the phrase “truth is stranger than fiction” may even seem a bit confusing. Fiction ends up becoming, if you repeat it often enough, reality and this pseudoreality is generated into a “shared truth.” It lies within companies and society to make a joint effort to combat this.

To know more about this subject and discover our experts’ views, click on this link 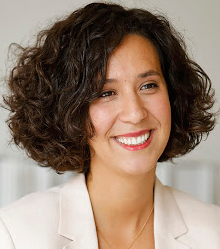 Eva Pedrol
Director of the Corporate Communications and Crisis areas at LLYC in Barcelona
Pedrol has more than 10 years of experience in communication and reputation consultancy for different companies in Spain and around the world, helping to strengthen and protect their business and market positioning. She has specialized in helping international companies from sectors such as retail, aviation, technology, or the sharing economy “land” in Catalonia. Pedrol is vastly experienced in Spanish and international media and communications as she worked at the EFE News agency, both in Barcelona and as a foreign correspondent in Panama. She has also provided her communications expertise to UNICEF’s Latin America and Caribbean Regional Office. Pedrol has a degree in Journalism from Universidad Autónoma de Barcelona (UAB) and a master’s degree in Communication Management from Universidad Pompeu Fabra (UPF).
[email protected] 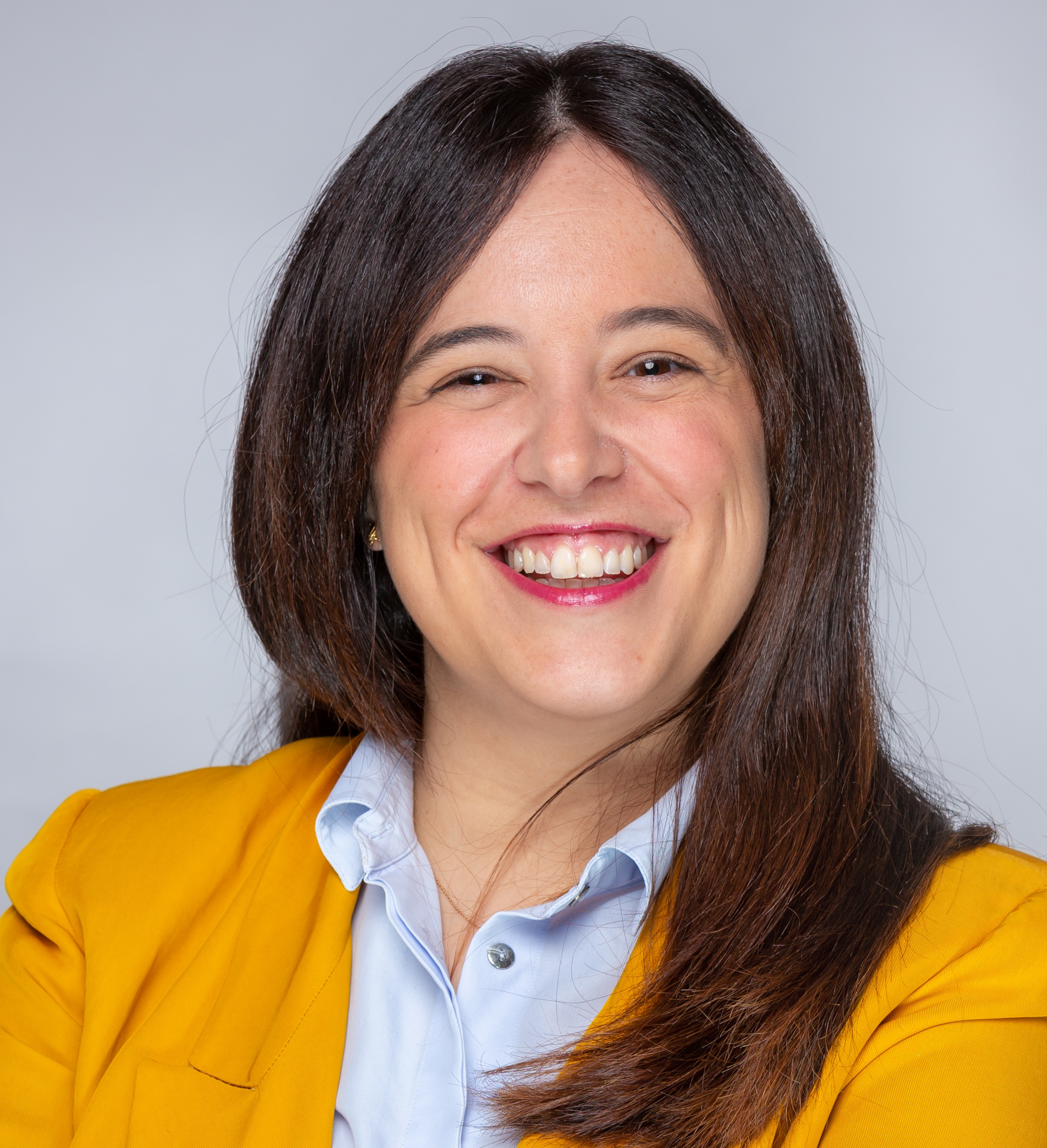 María Obispo
Director of the Talent Engagement area at LLYC
Maria is an expert in the areas of employer branding, employee advocacy and digitalization. She has more than 14 years of experience in the world of communications from her time with media, insurance companies and listed companies. She holds a degree in Journalism from the University of Navarra and a PDD from IESE Business School. Now, she serves as a guest teacher for various masters and postgraduate courses. During her career, she has advised some of the main brands and companies in Spain, including Repsol, Mercadona, Caixabank and Campofrío.
[email protected] 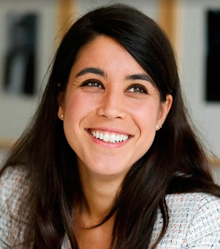 Mar Velasco
Senior Consultant of the Digital area in Barcelona
Velasco has a degree in Journalism from Universitat Autònoma de Barcelona (UAB) and  a master’s degree in TV Quality and innovation from Universitat Pompeu Fabra (UPF). She worked as a journalist for five years at a number of media outlets, such as the Europa Press news agency and Spanish national and regional radio stations such as RNE or COM Ràdio, having even hosted her own program. At LLYC Barcelona she heads up the Digital Communications Department, advising companies from different sectors, including technological, financial and pharmaceutical companies, particularly in terms of their positioning and digital strategy.
[email protected] 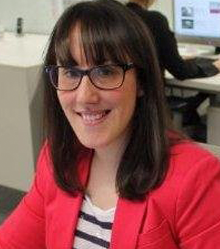 Vanessa Álvarez
Senior Consultant of the Digital area
Álvarez has a degree in Journalism and Audiovisual Communications from Universidad Internacional SEK and a master’s degree in Institutional Communications from Universidad Rey Juan Carlos. Álvarez started her professional  career as an intern at the Spanish national television and radio stations TVE and RNE. She later spent three years in corporate communications. She has been a specialist in online communication at LLYC for 8 years, working with clients such as: Repsol, Sacyr, Coca-Cola, MasterCard, Grünenthal, Aliseda Inmobiliaria, and Campofrío.
[email protected]
Download here
Article
Do you want to know more about it?
Articles
Areas
Professionals