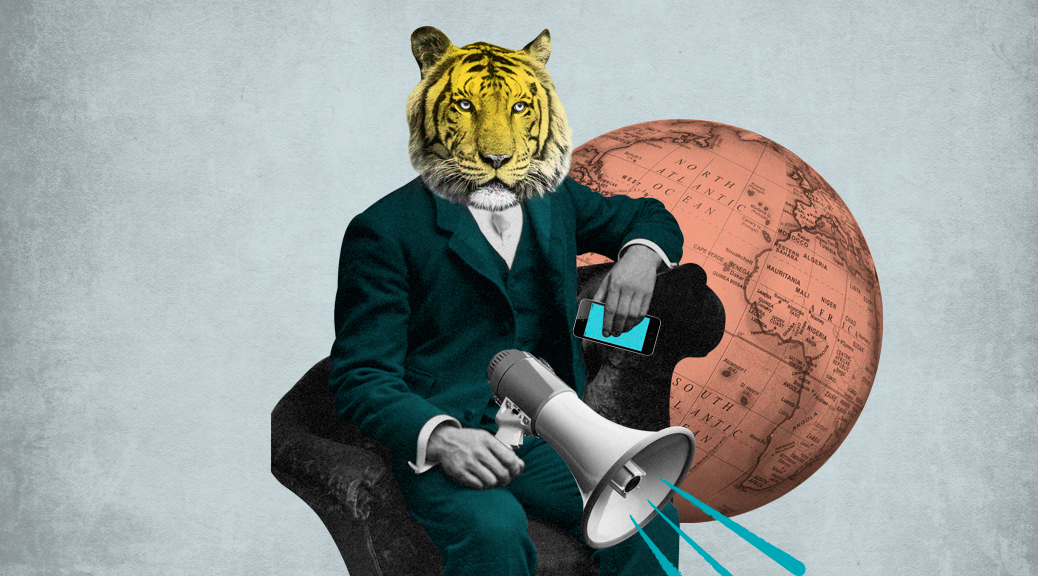 Until recently, analyses on social media tended to emphasize, first and foremost, its immediacy. It was said digitization allowed for the sharing of many types of content in real time and it would change us… but this is not a new phenomenon. For example, it took Cicero a little over a month and four Catilinarian Orations to triumph over one of the most-quoted political figure in history. Sure, technology is much faster than in the times of the senatus consultum, but the content probably remains the same. What has changed, and radically so, is the point of view. Nowadays, social media lets each citizen (and customer) become Cicero and orate, as many times as necessary, their own quo usque tandem abutere. Rest assured—this will be the true communications revolution. And, in fact, it is already happening.

At LLORENTE & CUENCA, we have spent a lot of time reflecting, especially in our 30 issues of UNO, on the deep changes occurring in political, corporate and reputational communication. We are convinced: the empowerment that digitization grants citizens is going to be one of its most important milestones. It would have been difficult to predict this social activism back when UNO began its journey January 2011. Seven long years ago, the magnitude of the economic crisis caused an absolute bewilderment, a disenchanted revolt against the myopia of political discourse and an increasingly internalized and passionate indifference toward institutions. To make matters worse, the shadow of corruption began to project itself and blur virtually all edges. This scenario is worth noting because a good portion of the communication evolution of today is born and grows from this bleak wasteland.

It is no coincidence the title of UNO’s first issue was Information on Paper: the Newspaper Crisis; similarly, it is no coincidence its 30th issue discusses the (R)evolution of the customer, seven years later. Between the first and 30th issue, digital transformation has changed the way we use facts. Journalism is still useful and key to “set the agenda,” but opinions, the ability to influence and the bulk of social conversation can now form anywhere and be formed by whomever—with no beginning or end, they exist in a continuum where everything is discussed and issues are forgotten just as quickly.

This ongoing conversation has fueled the rise of social activism. A negative opinion about a company on a social media platform can almost immediately intensify and become a reputational crisis. Given there are no communication barriers and the conversation never stops, companies will in due course have to naturally join this constant dialogue. This requires showcasing their values, recognizing their mistakes and involving, as well as encouraging loyalty from, their customers. Companies are destined to be part of this kaleidoscope of sorts where threats and opportunities never stop spinning. There is an overall change in perspective, both from companies to their customers, as well as from communication consultants to their customer companies. Storytelling, conversation and dialogue will soon be used to measure the success or failure of any corporate idea or project.

It is worth noting companies usually take the initiative in this process due to an increasingly determined commitment to transparency, good corporate governance and social responsibility. Back in the ’90s, getting the price band of an IPO was practically impossible. Everyone remembers the mismanagement cases at the beginning of the crisis; since then, regulators and companies themselves have worked hard to prevent them from happening again. The National Securities Market Commission requires even the most seemingly minor fact that has or may have influence in the market be communicated. An IPO prospectus includes companies’ current and potential information, including consultants and directors’ salaries, dividends, remuneration policies, minority shareholders, as well as possible hardships and risk scenarios, as unlikely as they may be. Nothing escapes the scrutiny of the regulator and the markets—every detail and development is known almost instantly.

But in fact, this overabundance and hypertransparency of information is becoming yet another problem. There is such an excess of information that prioritizing the transcendental from the anecdotal proves difficult. Opinions and the ability to be swayed by facts have now become volatile and increasingly arbitrary and emotional. In social media, there is a tendency to follow those who share our opinions, trivialization and polarization process that removes the nuances of social dialogue. There is much talk of deception and post-truth, the tendency to believe like-minded people despite facts proving otherwise. Now a new type of post-truth may deem facts and their consequences a mere hoax.

It is likely that the press’ loss of social influence has influenced the deterioration of political and social analysis. In fact, it seems newspapers themselves are beginning to be affected by the same polarization that plagues the society they address. In the first issue of UNO, Jose Antonio Zarzalejos warned information could become a commodity: consumed uncritically and without context, recognizable sources or exploration of consequences. Seven years later, it seems clear this threat remains dormant, although at the same time journalism has become more necessary than ever, as it remains the most reliable source for a critical, rational and humanistic approach to reality.

Nevertheless, social activists, customers, consumers, the press, companies, governments and regulators are more interconnected and interdependent than ever before. This is an extraordinary opportunity for collaboration and dialogue that is capable of amplifying and enriching participation, debate, dialogue and  shared governance. This is the desirable (R)evolution of the client that serves as this publication’s motto. It was also the idea behind the Cicero and Catiline controversy. Were things reduced to a simple count of “favorites” and “likes” on social media, we would simply be abusing the patience of these two Romans, and by extension, our very own.

José Antonio Llorente
Founding Partner and Chairman
José Antonio Llorente. Founding partner and Chairman of LLYC. He also chairs the LLYC Foundation, engaged in generating value for social change through communication.He is the author of the book ‘El octavo sentido, ensayo sobre la relevancia de la comunicación en la sociedad del siglo XXI’ [The eighth sense, essay on the importance of communication in 21st Century society]. He is currently a member of the Arthur W. Page Society – an association that gathers together the global communication leaders of the main companies in the world and of the leading international consultancy firms; of the Advisory Council of Human Age Institute - attached to the Manpower Foundation that works to develop employment and employability; and of the Board of Trustees of the Euroamérica Foundation, engaged in the rapprochement between Europe and Latin America. In the field of contemporary art, he is a member of the Advisory Council of the ARCO Foundation and of the International Council of Patronage of the Reina Sofía Museum in Spain. José Antonio worked for the multinational firm Burson-Marsteller for 10 years, where he was the Managing Director of its operation in Spain. He had previously worked for five years at the Communication Department of the CEOE (Spanish Confederation of Business Organizations) and was a journalist for the EFE News Agency.
Download here
Infographics
Do you want to know more about it?
Articles
Areas
Professionals