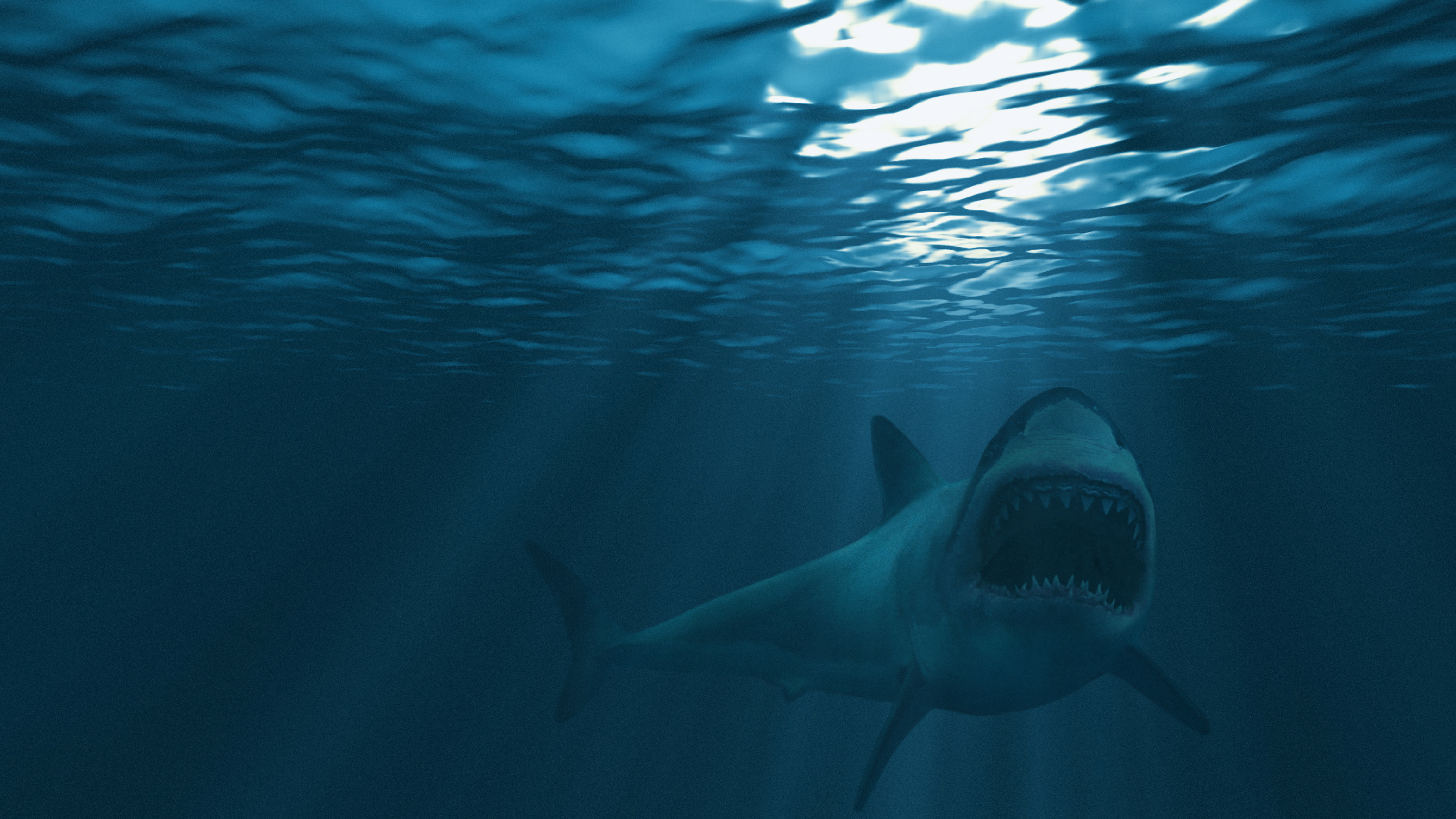 The world will continue to travel its complex and dangerous path in 2018, winding ever closer to a global abyss— a precipice we have not approached so closely since the tensest years of the Cold War. However, today’s approach comes in a very different context. The actors behind the threats are likely similar, but the environment has evolved; Issues such as climate change, the internet and cyberspace have affected and conditioned many of the threats. The Global Risks Landscape 2018 published, as it does every year, to coincide with the World Economic Forum in Davos. Now, we will use this well-known report to expose global risk trends.

This year’s study did not contain any truly surprising elements, but provided a consolidated view of today’s global threats. If we look at these more closely, we see the first two positions are—as they were in 2017—weapons of mass destruction and extreme weather events. These are followed by natural disasters, failures in climate change adaptation and water crises.

However, if we look at perceived probability, extreme meteorological events continue to occupy first place, followed by natural disasters, cyberattacks, massive data fraud and failures in climate change adaptation. Therefore, threats linked to the environment and technological elements are the most likely.

We will now focus on the most likely threats for 2018.

A planet standing on the ecological cliff

If you look at the Global Risk Report matrix, you can see how all risks related to extreme climatic events, temperature rise, pollution, etc. are seen as the most possible and impactful.

However, the true systemic challenge lies in their deep interconnectivity, both between environmental risks and between these and risks from other categories, such as water crises or involuntary migration.

2017’s extreme weather events included unusually frequent Atlantic hurricanes. These extreme incidents continue the trend of increasingly costly climatic events in recent decades. Of the 10 natural disasters that caused the most deaths in the first half of 2017, eight involved spills or landslides. Storms and other weather-related hazards were also a major cause of displacement, with the latest data showing that 76 percent of the 31,1 million people displaced during 2016 were forced to leave their homes as a result of weather-related events.

Last year also saw numerous cases of extreme temperatures. In the first nine months of 2017, temperatures were 34°F above pre-industrial levels. Average changes are giving rise to localized extremes; During 2017, record temperatures were recorded from parts of southern Europe to South Africa, South America and parts of Russia and China. California had its hottest summer and, by the end of November, wildfires in the United States were at least 46 percent above the 10-year average; In Portugal, there were more than 100 deaths related to wildfires. Let us add to this how increasing temperatures could give rise to serious catastrophes in agricultural production, which would cause famines and widespread difficulties. Not to mention the loss of biodiversity, especially in insect populations critical to food systems.

Pollution also came to the fore as a problem in 2017, with indoor and outdoor air pollution collectively responsible for more than a tenth of all deaths worldwide each year, according to the World Health Organization (WHO). Urban air pollution is likely to worsen as migration and demographic trends drive the creation of more megacities.

The Commission estimates the total annual cost of pollution to the world economy at US$4.6 trillion, equivalent to about 6.2 percent of production.

Last year’s high was partly the result of China, where the aforementioned heat waves led to a 6.3 percent increase in energy consumption, and extreme drought in the north of the country forced a shift from hydroelectric power to coal. Also last year, President Trump announced plans to withdraw the United States from the Paris Agreement. The report therefore highlights the risk that political factors may affect efforts to mitigate climate change.

In addition to facing the immediate environmental challenges, we must also increase focus on possible economic and social risks that may arise. For example, drastic changes in the way energy is produced could trigger a large-scale labor market. Structural economic changes in affected countries and regions could also fuel social and geopolitical risks.

Moving from the environment to cyber risks, we see things intensified in 2017 here as well; Attacks are increasing, both in prevalence and disruptive potential.

In 2016 alone, 357 million new malware variants were launched, and “bank Trojans” designed to steal account login details were purchased for $500 million. In addition, cybercriminals have an exponentially growing number of potential targets. Distributed denial of service (DDoS) attacks have become common, with a frequency increased by 140 percent in 2016 alone. In 2017, the average DDoS target is likely to be hit 32 times over a three-month period.

Regarding the type of attack, ransomware attacks accounted for 64 percent of all malicious emails sent between July and September last year, affecting twice as many companies as 2016. Notable examples were the WannaCry attack, which affected 300,000 computers in 150 countries, and Petya and NotPetya, which resulted in large corporate losses; Merck, FedEx and Maersk, for example, reported Q3 losses of around $300 million as a result of NotPetya.

Beyond its financial costs, the WannaCry attack disrupted critical and strategic infrastructure around the world, including government ministries, railroads, banks, telecommunications providers, energy companies, automobile manufacturers and hospitals. Therefore, there is a growing trend of using cyberattacks to hit critical infrastructure and strategic industrial sectors. We fear that, in a worst-case scenario, an attacker could collapse the systems that keep societies running. It is believed that many of these attacks are sponsored by different states.

By the way, WannaCry’s end impact was relatively low, but it showcased the vulnerabilities in a wide range of organizations.

In addition to all this, there is the rise in cyber-dependence thanks to increased digital interconnectivity between people, things and organizations. Now, we are more hyperconnected, but also hyper-vulnerable. This is part of why cyberspace is the new playing field for great global crises.

One of the most striking findings of the Global Risks Landscape 2018 is the reduced importance of economic risks. This continues a trend observed in the report in recent years; Economic risks have vanished, abruptly replaced by increasing concerns surrounding environmental risks. The latest results come during a time of improvement in the global economy, albeit a relatively modest one. The International Monetary Fund (IMF) expects overall GDP growth of 3.6 percent in 2017, compared to 3.2 percent in 2016. Recovery is underway in all major economies, which has led to a strong increase in positive feelings.

But is this optimism or complacency? Certainly, there are reasons to be cautious; One need not look very far for signs of economic and financial stress. Last year brought new evidence of chronic economic problems, particularly in income and inequality. In its latest Global Salary Report, the International Labor Organization highlighted that global earnings growth has slowed since 2012. It demanded, among other things, greater use of collective bargaining to reverse this trend. While global inequality is declining, inequality is an increasingly corrosive problem within many countries. According to the IMF, in the last three decades, 53 percent of countries have seen an increase in income inequality, with this trend particularly pronounced in mature economies. In addition, current economic stresses can sow the seeds for longer-term problems. High levels of personal debt, together with inadequate savings and pensions provisions, are a reason to expect frustrations to deepen in coming years.

The importance of inequality is seen when respondents were asked to highlight the most closely interconnected risks in the report. The most frequently cited pairing was “adverse consequences of technological advances” and “high unemployment or structural underemployment.” Automation has already been a disruptive force in the labor market, and its effects are likely to be lasting as new technologies spread in the global economy. In the foreseeable future, automation and digitalization can be expected to threaten employment and wage levels, contributing to increasing income disparity and shunting additional wealth to the top.

We should not be surprised if this has broader political and social effects. Again, technology and the fifth industrial revolution will push us to new risk scenarios.

Conflicts related to identity and community will continue to provoke political movements in many countries. Thus, increasing, fueling cross-border and national tensions alike.

In the latest report, social polarization fell slightly in the rankings as one of the main underlying factors of global risks, replaced in the top three by growing digital dependence—but it remains a politically destabilizing force. This may be most evident in the United Kingdom and United States. Both nations saw dramatic democratic anti-establishment results in 2016. The United Kingdom is struggling to cope with tensions surrounding Brexit, and in the United States, the increased polarization has weakened—among other things—democratic dialogue and increased the confidence of right-wing movements.

In Europe, fears surrounding the rise of the far right were eased with the victory of Emmanuel Macron in France’s May 2017 presidential elections, but perhaps at the risk of encouraging complacency over the region’s political stability. As highlighted by the elections in Germany and Austria at the end of 2017, far-right parties continue to grow in strength and influence in many European countries.

More generally, issues of culture and identity are causing political tension in a growing number of EU countries, including Poland, Hungary and, in different ways, Spain (with the obvious example of Catalonia), though the report does not discuss it explicitly.

In short, polarization between groups with different cultural heritages or values continues to be a source of political risk in Western countries in 2018 and beyond.

The trend toward increasingly personalized power is advancing in the midst of increasing geopolitical volatility. Increased geopolitical risk was one of the most pronounced trends of 2017, particularly in Asia, where the world is closer to a North Korean—and nuclear—crisis than it has been for decades. There are many other potential danger zones around the world, especially in the Middle East, where an increasing number of destabilizing forces could lead to the eruption of new military conflicts, in addition to those in Syria and Yemen.

When the report discusses risk trajectories in 2018, the high level of concern is clear: 93 percent of respondents expect a worsening of “political or economic confrontations/frictions among major powers” this year.

Geopolitical risks are compounded by the continued decline of commitment to rule-based multilateralism. In 2017, President Trump fulfilled some of his unilateral campaign promises, withdrawing the United States from both the Paris Agreement on climate change and the trade agreement with the Transpacific Association. Although the United States has not withdrawn from the agreement designed to stop Iran’s nuclear weapons program, the Joint Comprehensive Action Plan, President Trump noted his dissatisfaction by refusing to certify whether Iran is complying with him. 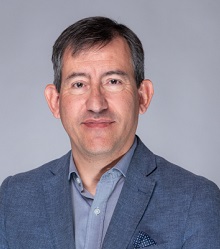 Luis Serrano
Director of the Crisis and Risks area
Serrano holds a degree on Journalism and is one of the leading experts in Spain in the field of management of communication of emergencies and catastrophes, and the development of action plans for crisis in social networks. Serrano has been press officer of the 112 Emergency Centre of Madrid for 17 years, where he actively participated in the management of critical situations, such as the 11M attacks in Madrid. Serrano has intervened in more than 100 industrial accidents, accidents with multiple victims, accidents in leisure areas, health crisis, etc. Serrano is author of the book 11 M y otras catástrofes. La gestión de la comunicación en emergencias (11 M and other catastrophes. Managing communication in emergencies.) Serrano also has vast teaching experience in the field of emergencies and crisis management. As a journalist, Serrano spent seven years working for the information services of Onda Cero.
[email protected]
Download here
Article
Do you want to know more about it?
Articles
Areas
Professionals