Latin America is the developing region with the highest urbanization rate of the planet and the tendency indicated by the United Nations indicates that in 2050, 90 % of its population will live in megacities. This represents a challenge for the States that have not managed to resolve the big problems of these huge urban agglomerations, which are poverty, insecurity, pollution and mobility.

The rising popularity of smart cities has led many to seek solutions to the technological challenges facing urban areas. Technology has historically been essential to social progress; The steam engine kicked off the industrial revolution and the emergence of the middle class, for example. However, technology alone is not a solution to these challenges. What is more, the technological solutions to eradicate poverty, reduce inequality, control pollution and provide mobility may exist even now, although the problems remain. The lack of a solution, therefore, would seem to arise from non-technological reasons.

The tech community, probably out of self-interest, has imposed the narrative of a smart city based on performance indicators around managing municipal services, but claiming a city is smart based on the use of new technologies to manage these service processes is a reductionist approach. A city—understood as a collection of people and businesses that coexist in a geographic area—is smart when citizens’ living conditions are optimal. Philosophers, architects and communicators must join forces to design this city and redirect the discourse popular opinion has recently taken regarding the public management model. More concepts must be involved in the field of smart cities, such as life quality, resilience and even happiness. Some researchers have developed smart city rankings that take all this into account, including educational level and life expectancy, but in most published methods, technological indicators take precedence.

Latin America’s opportunity lies in the fact that urban management has become a hot topic thanks to the increasing popularity of smart cities. Five years ago, smart cities were analyzed curiously at business congresses and in growing numbers of scientific articles, as well as in meetings among municipal administrators. Google hits related to this topic have grown exponentially; What is more, the emergence of city rankings has caused even mayors to feel obligated to compete, improving their areas to reach the cutting-edge of “smart” cities and avoid the pitfall of “dumb” cities. For citizens, the city is the main location for social interaction, and many key quality of life factors depend on whether or not they run well and smoothly. The establishment of in-depth conversations on municipal management in Latin America should lead to improvements in public services and a more harmonious coexistence.

THE SMART CITY IS CLASSIFIED IN 6 CATEGORIES:

Smart cities are classified according to six categories: Smart government, environment, economy, mobility, citizens and lifestyle. Latin America has room for improvement in all of these, but it also has models other regions might find worth examining.

The first category, “smart government,” refers to the availability of electronic services, as well as measures and policies that contribute to transparency and citizen participation in the decision-making processes. When compared to Europe and North America, most Latin American countries are lagging behind in implementing these amenities. Colombia and Chile are the exceptions, as both have made progress in this area—at least regarding state-level administrations. Greater investments in smart government are recommended for the region, as they would result in long-term cost savings, both for the public administration and private sector. Additionally, the implementation of citizen participation initiatives would strengthen institutions.

There are case studies in Latin America that show this, such as Porto Alegre’s. In 1988, Porto Alegre became the first major global city to establish participative budgeting. There are also recent innovative projects, such as the Mudamos.org technological platform that enables Brazilian citizens to vote for bills online. It is also worth mentioning that Brazil and, especially, Mexico, hold prominent positions in the World Wide Web Foundation’s Open Data Barometer.

“Smart environment” is about reducing environmental impact and implementing energy efficiency measures. There is a paradox in Latin America, which both has the planet’s largest population of green lungs and, simultaneously, suffers from high pollution in its megacities. Medellin is an international case study for urban planning, as its last three mayors promoted environmentally friendly transportation systems and raised citizen awareness regarding environmental protection. IDB consultants for medium-sized cities like Cuenca (Ecuador), Trujillo (Peru) and Montevideo (Uruguay) have also been the source of transformations in urban environmental management. However, regional municipal leaders still need to commit to a firm and ongoing push to support renewable energies, which would reduce natural resource consumption and improve the reliability of electricity, water and sewage distribution networks.

With regard to “smart economy,” there are significant differences between countries. On the one hand, productivity is based on wages, and it is hard to find examples of business innovations that have touched an entire city; As such, there is a clear need to strengthen research and innovation systems so they can better contribute to the development of the entire urban ecosystem. On the other hand, in a region where only Chile and Panama are among the top 50 in the Global Competitiveness Index, there is a clear need to implement reforms to increase productivity and execute policies to support the development of innovative companies with international visions.

“Smart mobility” has become a major problem for Latin America’s megacities, as lack of public transportation infrastructures and systems, increased use of private vehicles and lack of political willingness to regulate it abound. That said, Bogota, with the implementation of the Transmilenio, and Curitiba (Brazil), with combined measures to relieve traffic congestion and implement an innovative transportation system, should serve as interesting examples for other large cities. Innovative business models arising from new technologies can enable financing for new infrastructures like these.

The increase in education opportunities is one of the region’s most important advances of the century, as it offers recognition of and support to the most disadvantaged ethnic groups in cities like Rio de Janeiro. It helps create a new generation of open-minded “smart citizens,” people committed to improving their communities. They represent collective hope for a promising future in cities Lima, Bogota and Quito. The continued promotion of education and digital inclusion is essential for creating a sustainable, prosperous ecosystem.

Buenos Aires and Mexico City are cultural hotbeds. Tourism continues to grow in Panama City and San Jose (Costa Rica). The “quality of life” in Latin American cities has increased steadily during this century, but serious problems persist, including security issues and lack of health-care services. New technologies could solve these problems, as seen in the emblematic case of Rio de Janeiro’s Operations Center. Installed before the two major sporting events the city hosted in 2014 and 2016, it is probably the most complete and technologically advanced security system in the world.

Technology must contribute to resolving basic and recurring challenges in the region, as well as those specific to each area—after all, cities must have their own unique personalities. Differentiation is the best way to compete for investment, talent and other resources; A city’s personality is the result of citizens’ active participation in making decisions about the future of their collaborative home.

“Collaborative work between all the stakeholders involved is what will make cities move quickly toward their goal of becoming smart, as well as help them all understand ‘smart’ in a way that makes it real“

The broad vision for smart cities—the one that sees opportunities for Latin America in the debate on municipal management, which does not focus solely on technology—requires enabling the ecosystem to achieve the objective of improving citizens’ quality of life. Collaborative work between all the stakeholders involved (including governments, companies, researchers, the tertiary sector and citizens) is what will make cities move quickly toward their goal of becoming smart, as well as help them all understand “smart” in a way that makes it real. 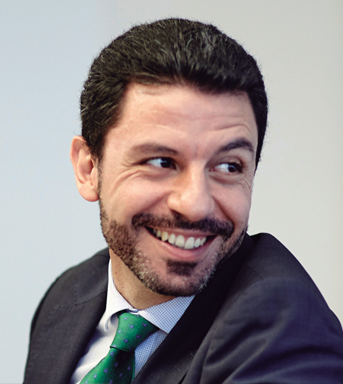 Over the years, Rosado has mainly led projects related to crisis communication and infrastructure and litigation communication. Before joining the company, Rosado was the Communications Manager at CEPSA’s Refinery in Gibraltar-San Roque, and managed communication for Petresa and Interquisa. Rosado has worked for four years at the publishing house Planeta, and for more than 6 years as a journalist for different media outlets in Spain such as Cadena Ser, Marca, ABC and Agencia EFE. 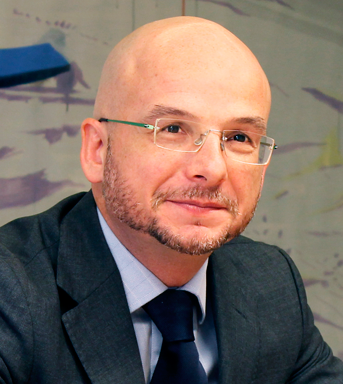 Diaz has a Master’s Degree in Marketing from ESIC and a PhD in Business Administration from the University of Cantabria with his dissertation Open innovation and business models in smart cities. Diaz has spoken of his research into e-Business and smart cities both at conferences at universities in several countries and in four scientific articles published in academic journals indexed at JCR.