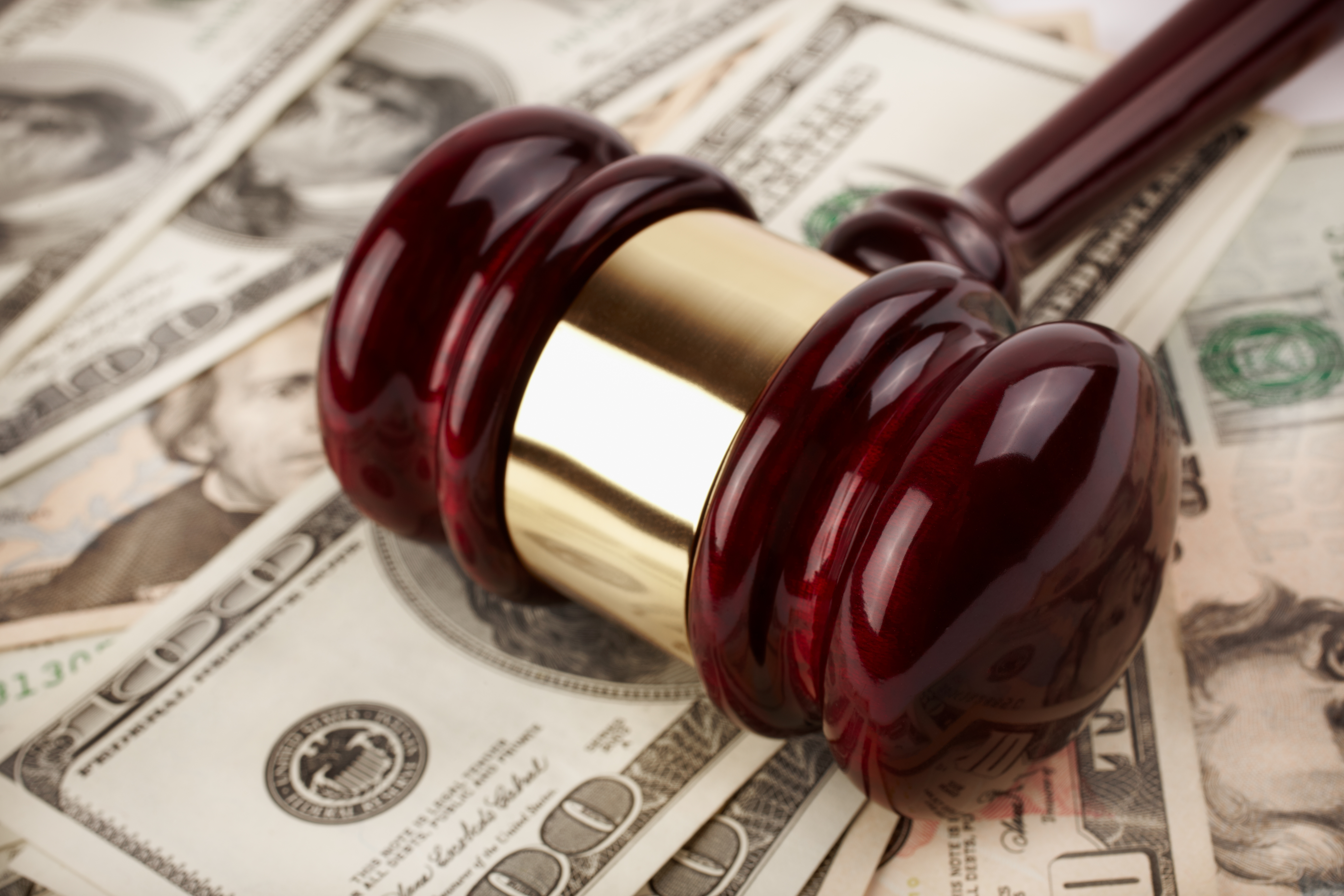 Analysis of provisions for litigation in companies of the Ibex 35

COMPANIES’ RESERVES IN CASE THEY LOSE THE LAWSUIT

In recent years, we have witnessed a considerable increase in the litigiousness of public and private life in Spain. Society and companies are taking legal action more and more frequently and for a great variety of issues, which has led to severe overburdening of the courts. Especially during the years of the economic crisis, that increased caseload has been particularly evident in relation to banking issues. In July this year, the consumers’ association FACUA reported that the Courts of First Instance specializing in floor clauses are overwhelmed because they do not have sufficient means to cope with the claims filed in this regard. As reported in the newspaper El País, according to data from the General Council of the Judiciary, in the month of June 2017 alone almost 16,000 claims were presented to those courts, and it is expected that, over the course of the year, they will receive more than 190,000 claims related to mortgage clauses.

The need for companies to make financial provisions in order to pay the costs associated with these matters has increased very considerably.

In this study, we have examined the public data which the companies of the IBEX 35[1] provide with regard to the amounts and concepts of provisions for legal risks[2]. Those data can generally be obtained from the consolidated annual accounts, though they are also included in the corporate reports and audit reports.

[1] The IBEX 35 is composed of the 35 companies with the greatest liquidity listed in the Electronic Stock Market Interconnection System (SIBE) in the four Spanish stock exchanges (Madrid, Barcelona, Bilbao and Valencia).

[2] The amounts of funds allocated to provisions for litigation are those which the company considers could be necessary to meet the costs of ongoing litigation, or for any risks it has identified, even if there are no lawsuits in that regard.

In this study, we have taken into account the data attributable to provisions of funds to cover probable lawsuits and other liabilities. Thus, we detail the amounts allocated by the companies of the IBEX 35 to these provisions in 2016 if they were included in the annual accounts, and we outline the most relevant conclusions by sectors of activity and types of risks or lawsuits they must respond to in all the markets in which they are present, though they are listed in Spain. Likewise, in some of the most significant cases, we will consider their evolution compared to the previous year (2015) and will give some information on the provisions of 2017 which have already been published during the year to date.

It is necessary to clarify that, as there is no specific nomenclature used by all companies to refer to the provision set aside for lawsuits, the concept taken into account for this study differs in many cases (some examples are “provision for liabilities”, “provisions for taxes and other legal contingencies and other provisions”, “judicial matters and lawsuits for taxes pending” or “provisions for lawsuits, compensation and other legal or contractual obligations”). Therefore, it should also be noted that it is possible that not all the companies include the same items in the selected provision. Thus, while some include, for example, the provisions deriving from the regulatory framework, others only mention the costs equal to the amounts claimed in the lawsuits.

United Kingdom: Arbitration against Talisman for the purchase of shares that required the repayment of the amount invested. Claim to Repsol for  the leakage in the Galley pipeline.

United States: Lawsuit against Repsol for polluting the Passaic River.

Spain: Supreme Court recognizes the right of Repsol to be compensated for the setting of the maximum price of bottled LPG.

Bolivia: Litigation against administrative acts that deny the deductibility of certain concepts.

Brazil: Formal breach of material movements from the mainland to the oil platform.

Canada: The Canadian Administration denied the application of tax inventions. In 2015, the Tax Court issued a favorable ruling for Repsol.

Ecuador: The Internal Revenue Service of Ecuador denied the deductibility in the Income Tax of the tariff payments for transportation of crude oil.

Spain: Irregularities in Corporate Tax and retentions related to transfer prices, deduction of losses due to investments abroad.

Indonesia: Various claims relative to the imposition on the benefit of the the group.

Timor: Deductibility of certain expenses in the tax on benefits.

Trinidad and Tobago:  Taxes relative to the financial years of Impuestos relativos a los ejercicios 2003-2009.

Visions: This section includes tax claims, litigation and arbitration, among others.

Other provisions: Provisions for litigation, indemnities and other legal or contractual obligations.

Other provisions: Included in this section are tax claims, litigation, arbitration and contingent liabilities, among others.

LITIGATIONS WITH OTHER COMPANIES

Other provisions: Provisions for litigations, compensation, and other contractual and legal obligations.

Only mentions that the Group “does not have litigations regarding protection and improvement of the environment”.

LITIGATIONS IN RELATION TO THE HIGHWAY BUSINESS:

LITIGATIONS RELATED TO THE SERVICES BUSINESS:

It does not specify more information.

Provisions for risks and expenses: Litigationa, compensations, taxes and similar.

Provisions for risks and expenses: Litigations.

IT IS NOT POSSIBLE TO QUANTIFY

Provisions and contingencies: Provisions for responsibilities.

Provisions for risks and expenses: Provision for responsibilities.

Provisions for risks and expenses: Contingencies.

Provisions: An amount has not been detected. However, the development of the different litigations from various countries do appear, in which the company operates.

Provisions and other liabilities:  Deferred income and other assets (labor and civil litigation) 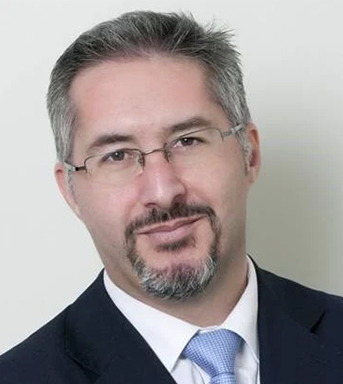 Luis González is manager of the Litigation and Restructuring departments of LLORENTE & CUENCA. With 20 years’ professional experience, he is an expert in crisis communication, restructuring and insolvencies, and relations with the media, with a history of specialization in the Infrastructure, Real Estate, Health and Industrial sectors. He was a Manager in the operations of LLORENTE & CUENCA in Chile (2014-2016) and Portugal (2012). Before joining that company, he was an editor with the journal Diario Médico, editor-in-chief of the local TV stations Teletoledo and TV Guadalajara, and  chief press officer and expansion manager at the advertising agency Tactics Europe. He is a journalist and graduate in media studies from the Complutense University of Madrid, and a guest lecturer on several Strategic Communication master’s programs. 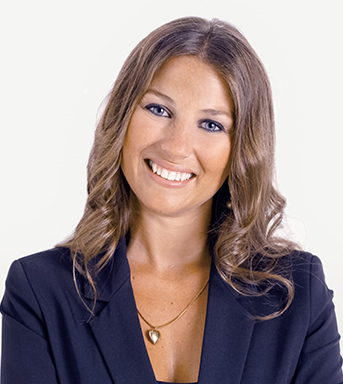 Alba García is a senior consultant in the Litigation and Restructuring departments of LLORENTE & CUENCA. She is a graduate in Advertising and Public Relations and has a master’s degree in Corporate and Advertising Communication, both from the Complutense University of Madrid. She coordinated the following Master’s programs of the Complutense University of Madrid: “Communication of Public and Political Institutions”; and “Corporate and Advertising Communication”. At LLORENTE & CUENCA, she has in recent years worked on many different communication projects during judicial restructuring processes. In this sphere, the campaign carried out for the reputational crisis of the Vitaldent lawsuit received a Stevie Award in 2017. She has also performed different roles on corporate communication projects for clients such as Coca-Cola, Burger King, Mercadona, Atento and Faurecia.