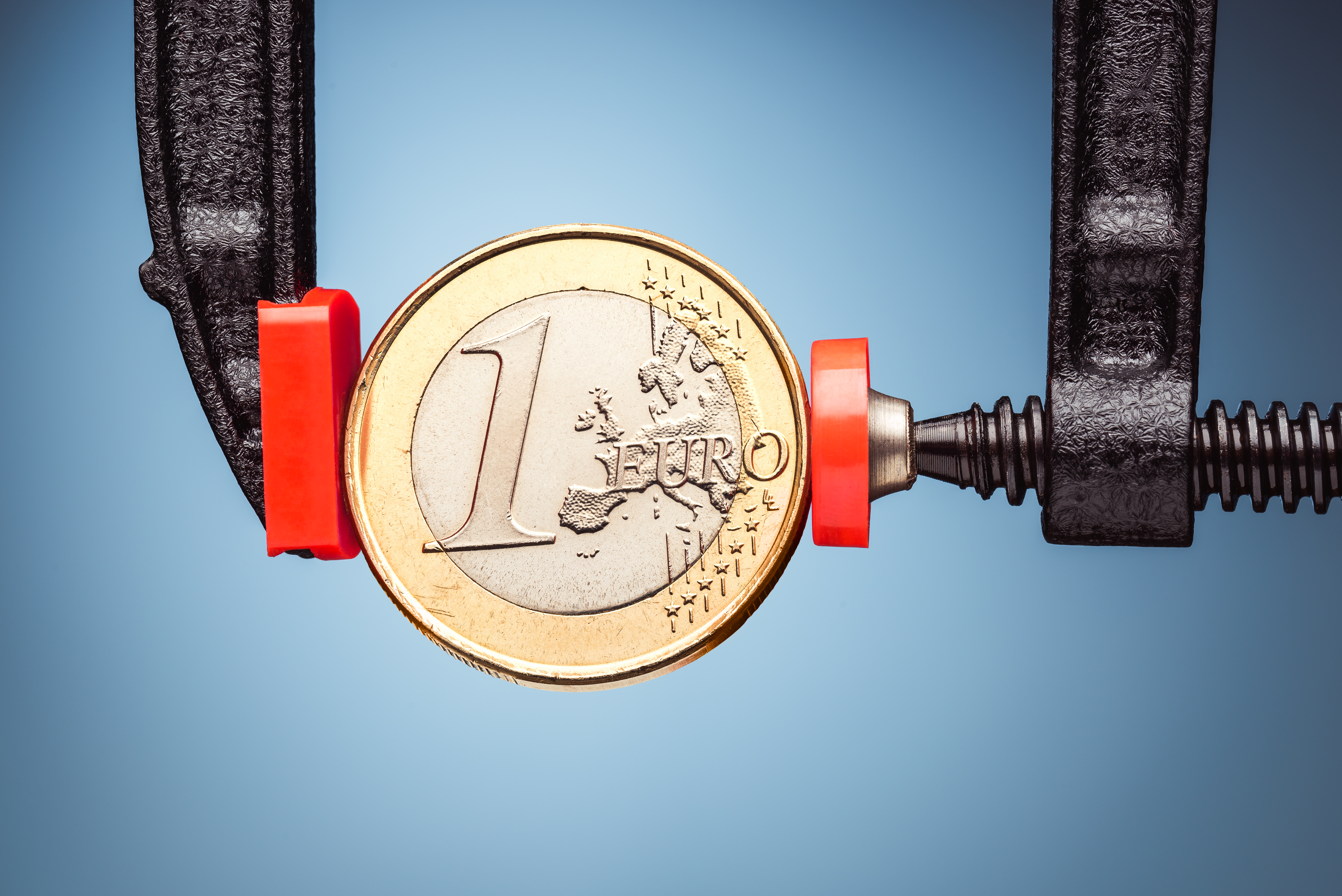 Cassandra’s obscurity. Banco Popular’s resolution in the light (and the shadow) of the media

Exactly 506 days have passed since the moment that Expansión announced that the Banco Popular was once again “a purchasing target” and MUR and Frob have reached resolution. Amidst rumors, for those who attended the call of the managers and attended the latest expansion, it has been a real nightmare. In the light of the latest press articles there is a general feeling of suspicion about the events believing it was a given that it would happen, and the existence of a worrying lack of transparency throughout the process, has left too many areas in the dark.

On the morning of June 7th, the dailies were announcing the decision to auction off the Banco Popular, awarding the entity to Banco Santander for the symbolic price of one euro. At this point there were a number of contradicting versions regarding the events; as a result the National Market Securities Commission felt the need to issue a clarification:

“All these exceptional events have been agreed on and carried out in accordance with European and Spanish regulations on settling financial entity crises (…). The essential principle of this new regulatory framework is the bail-in which implies that: firstly it will be the shareholders and subsequently the holders of specific financial instruments who will support losses of financial institutions in crisis (instead of external recapitalization formulas with public support).”

The Central European Bank has just declared the institution to be unviable, and the European Union Single Supervisory Mechanism and the Frob agreed to execute the resolution on the bank. The decision was equivalent to over 300,000 shareholders in the bank losing their entire investment.

Peremptory warnings of this kind are scarce among the news items featuring in the weeks leading up to the crisis. In fact, in recent weeks any normal newspaper reader would have retained the idea that Emilio Saracho was in control of a bid which up to that point had not garnered a great deal of interest. There was a indirect interference from Minister of the Economy, Luis de Guindos, and it was thought that Bankia might be an alternative candidate to everyone’s satisfaction. The majority of newspapers reported that the meeting between Emilio Saracho and Ignacio Sánchez-Asiaín was to be held on June 6th, with respect to the Single Supervisory Mechanism, however almost all of them suggested that the real point of the visit would be to urge the Spanish bank to complete the sale procedure as quickly as possible.

“Independence is of value until it becomes a burden”

Around mid-March this year, in a press conference held prior to the bank’s board meeting Carlos Torres CEO of BBVA was asked his opinion on possible bank mergers. His response was particularly apposite. “Banks do not buy, they sell”. Following recent events, he could also have pointed out that if they had manage to sell, they would also resolve. Analyzing this in retrospect, one of Saracho’s sound bites in his just over a hundred days of presidency “Independence is a value until it becomes a burden”.

Among these conflicting declarations, that of Luis de Guindos on May 19th was also particularly meaningful:

“There will be no public handouts of either capital or cash, nor will there be tax advantages or anything of the sort. Whoever wants to buy an institution should value the bank, and assume both the opportunities and the risks, offering a price which will make their investment profitable using just their own resources.”

Just three weeks later, and in practice, Brussels made it clear that the contributors are not going to pay the bill either, and the losses will be directly transferred to the shareholders and creditors of Banco Popular. It sounds like a declaration of intentions and a new era in resolving banking crises.

Cassandra, or the spurned prophets

From a brief analysis of the content published in the press over the last year and a half, it is extremely difficult to establish a clear line of communication regarding events. The official sources were once more entrenched in ambiguity and rhetoric, and at no time did the different supervisors employ a direct or clear discourse. Strictly speaking, the only real news item published during this period was that of Salvador Arancibia in Expansión on January 18th 2016: “Banco Popular is once again the main target for buyers”.

Almost everything else published in the following 506 days that notice, was confined to picking over this central idea. Even the editorial that the newspaper published that same day might sound premonitory at the present time:

“Many voices point out the need for a new wave of consolidation in the Spanish banking sector, as an inevitable response to the drop in profitability deriving from low interest rates and capital requirements. (…) Banco Popular and Bankia are among the most likely objectives.”

The following wakeup call in term of news was on May 27th 2016, with the announcement of the bank’s second major capital increase of 2,500 million euros, designed to cover losses and recover stability. The managers at the time argued that an injection of capital would act:

“As a buttress against possible corporate operations in which the bank was not a major player and which may also enable them to prepare for the opportunities which, like the entire sector, they are convinced will arise in the near future.”

Scarcely one year later, the analysis and forecasts make for devastating reading, however at the time the institution was certain of weathering the storm alone “and with sheer grit”.

Shortly after the leaks regarding possible buy-out negotiations began, with Sabadell as the top candidate, and a little later BBVA, as a practically certain buyer, as some investment banks suggested at the time. This was the same period that the Sunrise Project for disinvestment in toxic property assets transpired and until the end of the year the press provided details of this future lifesaving operation. Among the plethora of leaks, the name of Emilio Saracho came to light on December 1st as future president of the bank, having won the final vote, seven to five, beating Manuel Pizarro to the post, as Angeles Gonzalo of Cinco Días wrote.

This was followed by analytical reports and the quandary that accompanied the bank’s agony throughout these months: either a new capital increase or propitiate a corporate operation. A UBS report was the first to recover the Bankia option, which De Guindos revitalized some months later. Shortly after, Citi extended the focus on possible candidates to Santander, BBVA and CaixaBank. Around February this year Bloomberg raised the probability of bank default to 15 percent, and the Sunrise project was finally ruled out.

A little later, on March 2nd 2017, Arancibia repeated the scoop, asserting that “Santander and BBVA are hovering around Banco Popular”, a thesis that was repeated in the media without interruption even the same day on which the institution resolution occurred. In April, the journalist once again hit the target informing that the bank would have to alter 2016 profits in order to cover an imbalance of some 600 million euros. In her opinion, this discrepancy blew any scant opportunities for the bank to remain independent right out of the water. Its future would inexorably become “a rapid sale or breaking up the institution”, she wrote in one of her supporting articles.

“We run the risk of becoming a new generation of Cassandras, relegated to a step just below post- truth.”

Deterioration of the institution accelerated in recent weeks, until the collapse was imminent. Every successive stage of this downhill slope has been appropriately described and mentioned in the media, however no one warned of or predicted the possible outcome. In the sector, doubts are increasing over why trading was not suspended some days before.

From mythical times when Cassandra’s prophecies were ignored, public authorities have tended to tread a hazardously thin line between discretion and impenetrability. In the case of Banco Popular, many may consider that the final decision was more obscure than discreet. From a communications perspective, it is inevitable that this would occur when different sources avoid direct and transparent communication, and the public authorities take refuge in insinuation and half-truths. It is a dangerous drift in which businesses, institutions, communications media and their consultants, run the risk of becoming a new generation of Cassandras, relegated to a step just below post- truth. 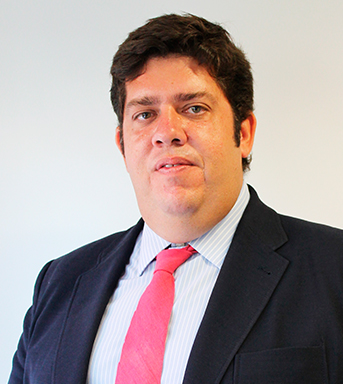 Jorge López Zafra is Senior Director of the Financial Communications Area at LLORENTE & CUENCA. He has over 20 years’ experience in the Communications sector. He is an expert in Strategic Planning, Financial Communications and Competitive Intelligence (sector analysis and trends). He joined LLORENTE & CUENCA in October 2016, following an initial stage in the company in which he was an active collaborator. He had worked previously for eight years at Iberdrola where he was active in developing strategies and coordinating communications projects (OPS, M&A, General Shareholders’ Meetings and other corporate matters). He also held different posts in the company, as Strategic Communications Manager and with responsibility for Digital Communication and Brand Intelligence. Previously he worked for Hispania Service and Airtel. 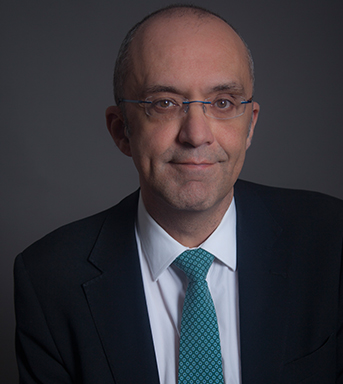 Juan Carlos Burgos is Manager of the Financial Communications Area at LLORENTE & CUENCA. He has worked at LLORENTE & CUENCA since May 2014, following a 20 year stint with Hermes Consultores de Comunicación. He was responsible for the accounts of businesses and associations in a number of diverse sectors: Agromán, Ferrovial, Metrovacesa, CBRE, Zeltia, Talgo, Comunitel, A.M.A., the Photovoltaic Business Union and Association (AEF and UNEF), AEDE, the CGAE and UTECA, among others. He has a degree in journalism from the Complutense University, and for four years he was attached to the national training program for research personnel at the Complutense University and the National Autonomous University of Mexico. 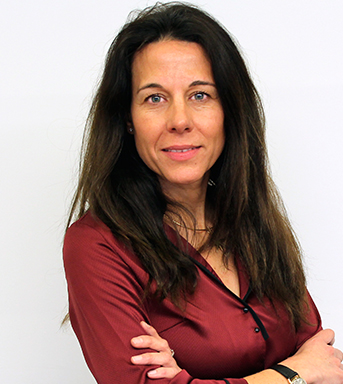 María Díaz is Manager of the Financial Communications area at LLORENTE & CUENCA. Díaz is an expert in corporate communications and relations with the communications media. She joined LLORENTE & CUENCA after 17 years with Citi where she held the post of Public Affairs Vice-President with direct responsibility, and among other tasks she was in charge of the Press Office and Corporate Responsibility of the group in Spain and as a result she gained extensive experience in crisis management and corporate reputation. María is a journalist and graduate of ESADE Business School’s Executive Program.